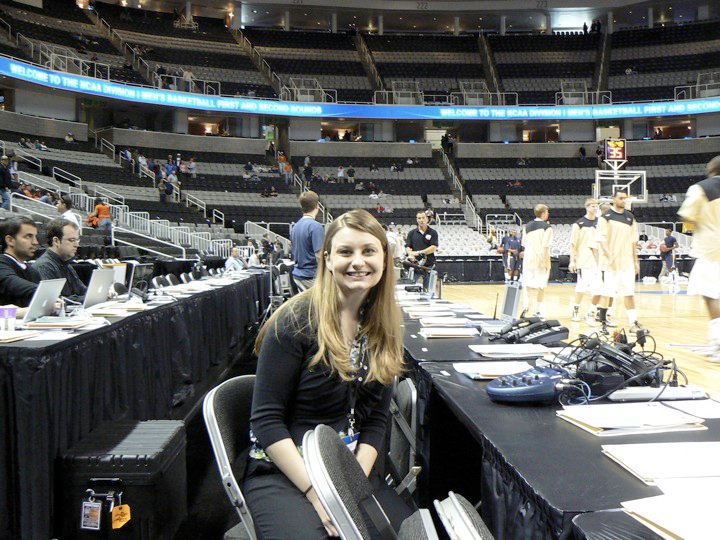 Written by Dusty Luthy in 2013 for The Banner Years...

The byline is one of a writer’s most prized possessions. Seeing it in print almost daily covering sports for The Paducah Sun gives me an immense amount of pride, and is something that keeps me yearning to get better at my craft.

But as a journalist, there are times when the byline just isn’t fair.

These aren’t my stories I’m writing that appear in the newspaper. They belong to the players, the coaches and the fans - the people who are changed and affected by the way the ball bounces on a hardwood court, the way a football zips through the air, or the way a bat cracks on a diamond.

Covering Murray State basketball since I began working at the Sun in 2007 has given me access to an immense amount of stories.

Telling the story of Isacc Miles and his mother, who died of breast cancer not long after the Racers' 2009 NCAA Tournament appearance, I cried for days as I wrote it, empathizing with Miles as my own mother has survived breast cancer.

I tear up at the season-ending games. B.J. Jenkins’ visible torture at losing early in the Ohio Valley Conference tournament in 2011 was heart-wrenching. I’ve not run across many student-athletes who have expressed their hatred of losing quite like Jenkins did.

Ed Daniel’s revelation during his junior season (2011- 2012) that his mother believes he has split personalities - based on his June 13 birth date and Gemini Zodiac - much like his split hairstyles that season of braided cornrows and an afro.

One of my favorite interviews of all time was with Racer junior college transfer Ray George. A senior for the 2007-2008 season, George was easily one of the most gifted athletes on the team. He just hadn’t learned how to harness his energy within coach Billy Kennedy’s system. The game he yanked his chewing gum out of his mouth and flung it in frustration across the court at the CFSB Center was one of the most fascinating responses to an emotion I’ve ever seen on the court.