The KHSAA has adopted new rules for their football playoffs. Under the new rules, the first two rounds will feature teams playing other teams within their district. This will result in less travel and reduced expenses.

“They wanted to rotate pairings but that creates a lot of early-round travel,” KHSAA Commissioner Julian Tackett said. “And you add mismatches to that that nobody’s coming to — there were two or three, not many, but two or three Class A games where I’m trying to figure out how they paid the referees. And that’s part of guarding the game.”

The KHSAA also voted to use the Ratings Percentage Index to seed the third and fourth rounds of the playoffs.

“It could be that we try it and we go, ‘Oh my, what have we done,’” Tackett said. “The beauty of it is it fits so well in football that it’s a good beta test for using it. We’re not ready for what Florida just did, where they adopted the RPI and now they’re gonna use it to decide that’s who gets in the playoffs. We’re not ready for that. We’re just looking at a way to create bracketing, not anything else.” 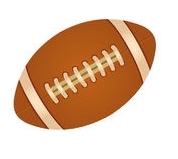