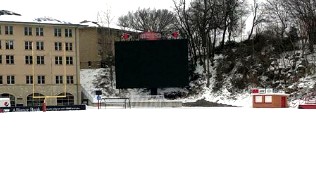 From the Ohio Valley Conference...

The Murray State at Southeast Missouri and Jacksonville State at Tennessee State games will be rescheduled for Sunday, March 7, which was previously left as an open date on the schedule.

The winter storms impacted each OVC campus differently, causing unique logistical challenges on each campus. They have impacted the scheduled game between Murray State and Southeast Missouri in each team's ability to prepare its student-athletes to compete and have also impacted the playing surface's ability to be safe and clear for play.

"The sport of football and providing an opportunity for our student-athletes to play this spring is important to the Ohio Valley Conference," said OVC Commissioner Beth DeBauche.  "We respect the decision for some of our member institutions to postpone games this weekend due to the localized nature of the storm and unique factors on each campus, including field type."