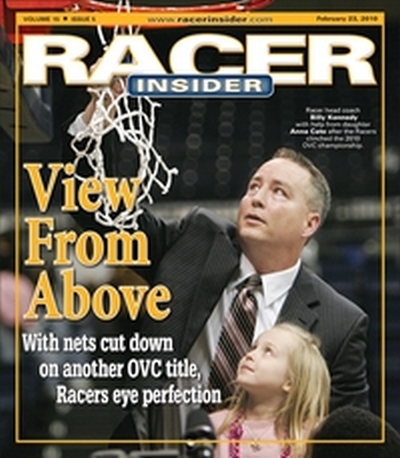 I wrote this story about Billy Kennedy on March 11, 2010. His Racers went on to beat Vanderbilt in the NCAA tournament a week later, 66-65. A year later, after winning a second straight Ohio Valley Conference title, he took the job at Texas A & M. And today he was named Southeastern Conference Coach of the Year.