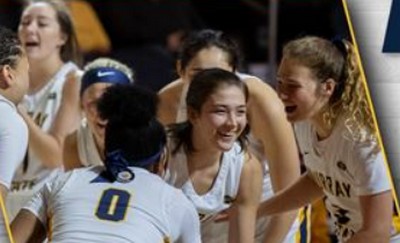 The Murray State women's basketball team will make the short trip to Music City, U.S.A., Thursday for their first round WNIT game with Vanderbilt at 7 p.m., at Memorial Gymnasium in Nashville, Tennessee. The game will air locally on WBZB 104.5 FM and nationally on SEC Network+.

Vanderbilt will enter Thursday's tilt at 14-18 overall, after finishing SEC play tied for 12th with a record of 4-12. In the SEC Tournament, the Commodores won their opening round game against Texas A&M, 85-96, before falling to 23rd-ranked Florida in the second round by the slimmest of margins, 53-52.

Brinae Alexander currently leads Vanderbilt in scoring on the season at 15.2 points per game, while Iyana Moore and Jordyn Cambridge follow at 12.2 and 10.0, respectively. Sacha Washington leads the Commodores on the glass this season at 6.5 boards per game with Cambridge following at 5.7.

The Lady Racers 2021-22 season has been one for the record books, as Murray State tied its record for regular-season wins with 21. For the second straight season, the Lady Racers advanced to the OVC semifinals in 2021-22 and have now won an OVC tournament game in back-to-back years for the first time since the 2006-07 and 2007-08 seasons. Sophomore Katelyn Young won OVC Player of the Year honors and a school-record four Lady Racers received All-OVC honors. The Lady Racers have won seven of their last nine games.