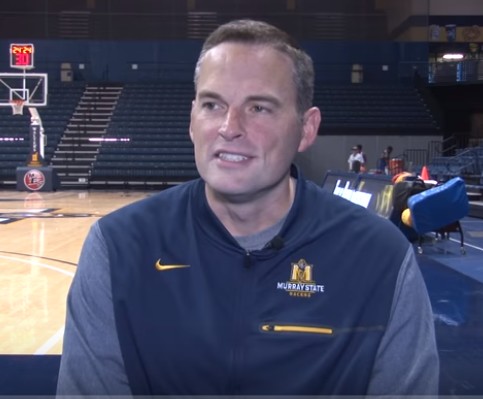 In his third season with the Racers, McMahon led the team to a 26-6 overall record and to the programís 25th Ohio Valley Conference regular season championship. In Evansville, the Racers won the OVC Tournament with thrilling wins over Jacksonville State and Belmont to advance to the NCAA Tournament for the 16th time in school history.

The Racers gained momentum at the end of the season by winning 13 games in a row after mid-January. MSUís special season was the ninth in 93 seasons of Racer Basketball that the team won 25 or more games. Coach McMahon is the eighth-straight MSU coach to take the Racers to the NCAA Tournament. It all started with Coach Steve Newton who took the Racers to the Big Dance in 1988, 1990 and 1991 and continued with Scott Edgar in 1992 and 1995. Mark Gottfried had the Racers in the NCAAís in 1997 and 1998, before Tevester Anderson got them there in 1999 and 2002. Mick Cronin took the Racers twice in 2004 and 2006, before Billy Kennedy did it in 2010. Steve Prohm took the Racers in 2012

Murray Stateís ìBig 3î players of Jonathan Stark, Terrell Miller, Jr., and Ja Morant combined with a solid supporting cast to push the Racers to No. 26 in the nation for effective field goal percentage (KenPom.com) at .522 and No. 21 in the nation in defensive EFG% at .469. In NCAA D-I statistics, the Racers held standing all season in the top-50 of nine stat categories.

Stark had the rare distinction of being the OVC Preseason MVP, OVC Player of the Year and OVC Tournament MVP as he led the league in scoring for a second-straight season. Miller was a two-time All-OVC choice and Morant made a splash in his freshman season by being named All-OVC. Stark and Miller leave MSU as one of the top combinations in the history of the program. Stark is the all-time two-year scorer at MSU with 1,408 points and Miller is fifth at 1,012. Additionally, Miller is one of only 21 players at Murray State to reach 1,000 points and 500 rebounds.