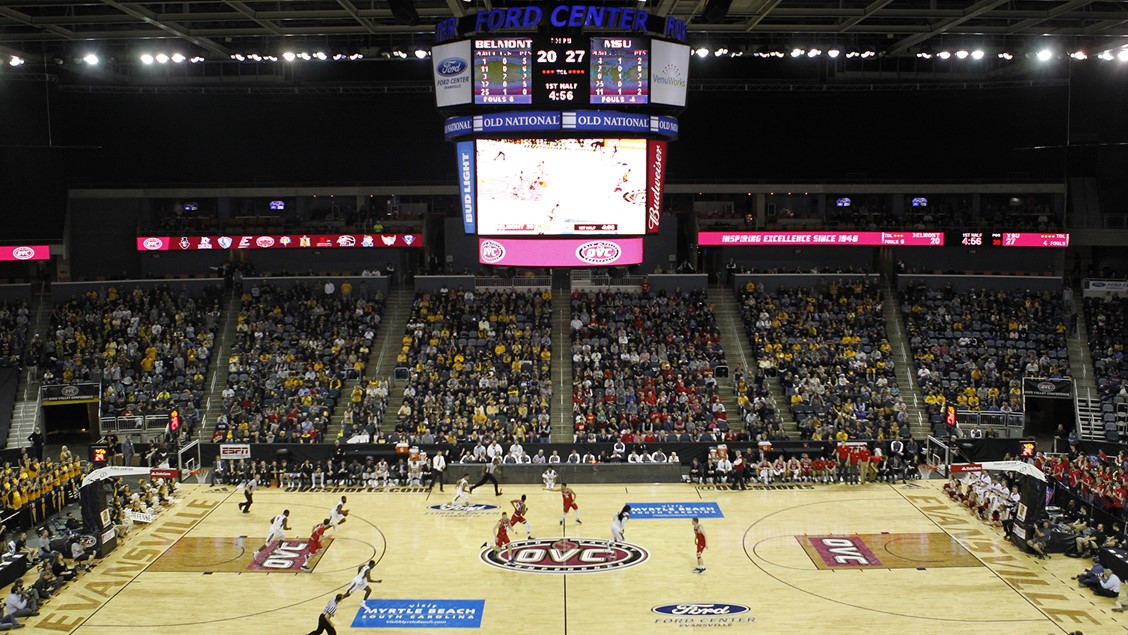 The Ohio Valley Conference Board of Presidents have voted to award the 2019 and 2020 OVC Men’s and Women’s Basketball Championships to the Evansville Sports Corporation for the event to be held at the Ford Center in Evansville, Indiana.

“After thorough and thoughtful consideration, the OVC membership decided to award the 2019 and 2020 OVC Basketball Championships to the City of Evansville based on a number of factors, including outstanding local leadership, the success of this past year’s championships, and the quality of the Ford Center,” said OVC Commissioner Beth DeBauche. “We are delighted to again have the opportunity to work with our partners in Evansville and are excited to start building on the terrific foundation that was laid with the 2018 OVC Basketball Championships.”

The OVC Basketball Tournament is the fourth-oldest Division I Championship in the country; the men’s event was held for the 55th time this past season. The Murray State men’s basketball team and the Belmont women’s program claimed this year’s championships.