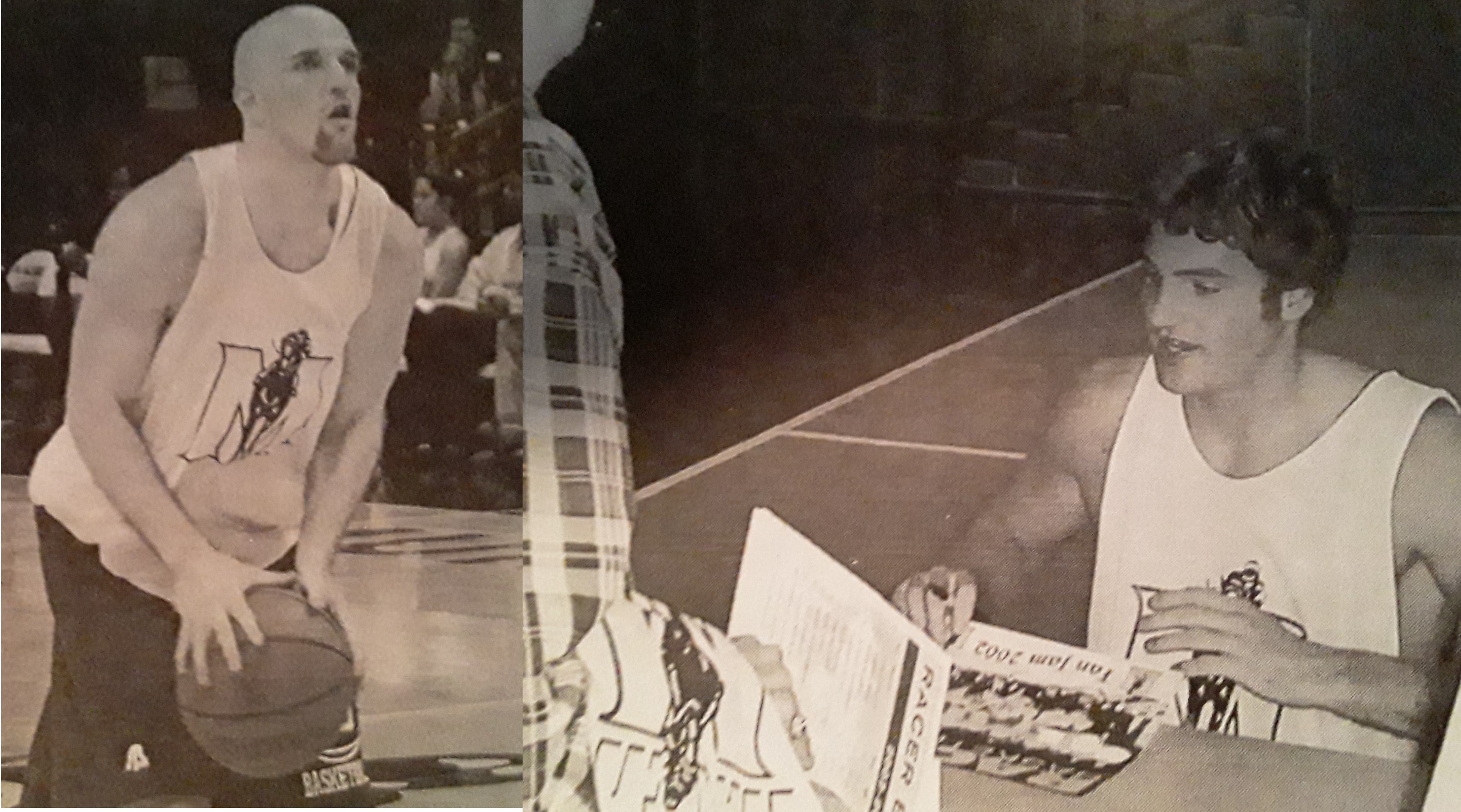 Wriitten In October 2002 for the Racer Insider...

In the world of college basketball, walk-ons are rarely seen and seldom appreciated. A few play so well that they earn a scholarship. But even those who don't can be important part of a successful program.

This year Nathan Akin and Tim Haworth are walk-ons for the Racer basketball team. For them, it's an opportunity to play college basketball.

For the team, they provide depth, particularly in practice. When teams are beset with injuries it's often impossible to have a five-on-five practice without using walk-ons. Indeed that happened to Murray State last year.

"Every team needs guys like Tim and Nate," head coach Tevester Anderson said. "Last year we had so many injuries that we used Nate on our scout team in practice."

Akin, the son of Baptist minister, grew up in Dallas, Texas. But after he a brief stay in North Carolina when he was about 12 his family moved to Louisville where he starred for Christian Academy.

After seeing little action as sophomore Akin started as a junior and averaged 16 points and five assists. As a senior he scored 23 points per game, was a second team All-7th Region selection and a first team All-Kentucky Christian Athletic Conference selection.

When the two future Racers met the first time the game was close for a half. But Akin got in foul trouble and Shumate's Male Bulldogs pulled away. The next year Akin torched the Bulldogs in a losing effort.

"My senior year we got blown out, but I had 32 points," Akin recalled. "Nobody else on my team could do much. I outscored Chris that year, but he'll tell you it was because he didn't get to play much since the score was so lopsided."

Shumate and Akin attended the same church and it was this connection that would eventually lead Akin to Murray State.

"My freshman year in college I went to UK and didn't play basketball," he said. "I didn't think I wanted to play anymore. I didn't really feel like playing small college basketball because I didn't think that people cared about it enough. Shumate and I ran into each other at a friend's house the summer after my freshman year and he told me that he thought I was good enough to walk on here and he thought I should.

"The only thing I knew about Murray was that it was in Kentucky and that they made the tournament almost every year. It's weird because people always asked me if I'd play college basketball and I'd say, 'Yeah, I'd walk-on for a team like Murray State.' I knew nothing about the tradition. I just knew they won the OVC year after year after year."