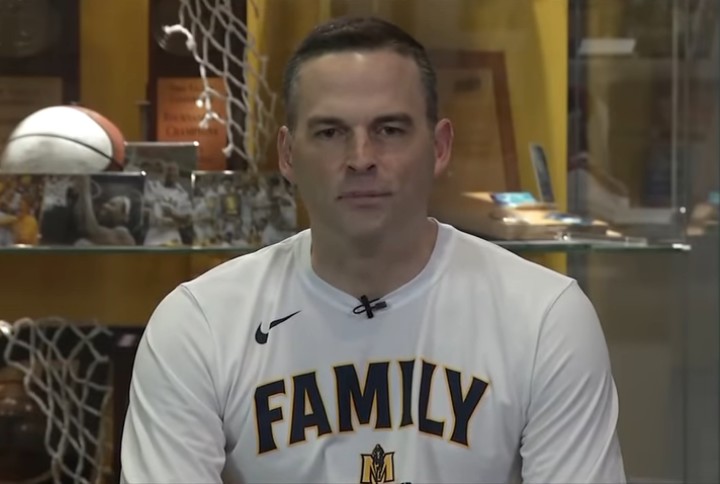 Murray State's head basketball coach, Matt McMahon, is being mention in connection the various openings at other schools around the country.

Mid-Major Madness and several other sources list McMahon as one of the coaches that Vanderbilt and Alabama should consider. They even use a photo of McMahon at the top of the article.

"McMahon’s name got the March boost with the Racers’ disemboweling of Marquette, and emergence of lottery-bound point guard Ja Morant. Unearthing Morant is a major feather in his cap, but in his four short years at Murray State he’s also signed and developed other high-level talents in Jonathan Stark and Terrell Miller. The Racers’ top post has a history of producing successful high major coaches with Steve Prohm, Billy Kennedy and Mick Cronin being the three coaches to precede McMahon." - Mid Major Madness

The Las Vegas Review Journal mentions McMahon as a possible candidate for the UNLV job.

Gig' Em Gazette and two other media outlets mention McMahon in connection with the Texas A & M job.

So, the next few weeks could be tense for Racer fans, as they wait to see whether McMahon will be back next year.