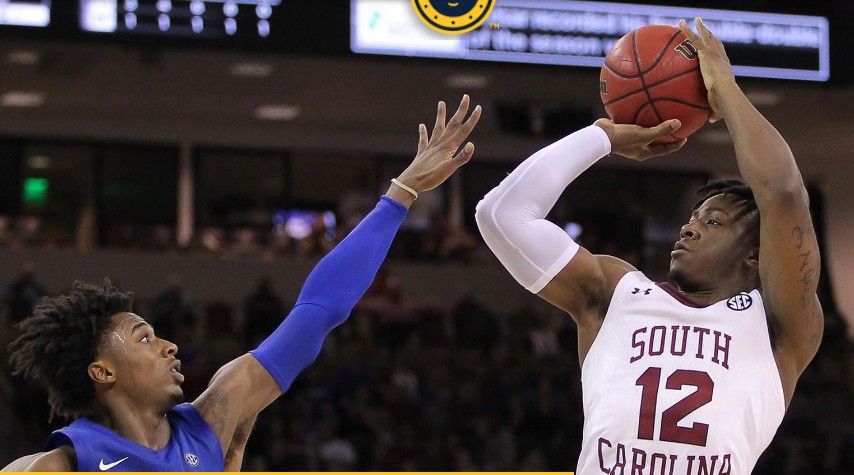 Hannibal, a 6-2 guard out of Hartsville, South Carolina, joins the Racers from the South Carolina Gamecocks program and will have three seasons to play at Murray State.

"We are excited to welcome Trae Hannibal to the Murray State family," said McMahon. "He is an explosive guard who excels at both ends of the court.  We love his ability to attack off the dribble, make plays for his teammates, and his aggressiveness on defense.  We look forward to Trae joining our program this summer."

Hannibal saw action in 20 games in the 2020-21 season for USC and scored 6.0 points per game, grabbed 3.2 rebounds and dished out 40 assists. He had four games of double-digit scoring including back-to-back 15-point games against Missouri and Georgia where he hit a combined 12-of-14 shots from the field. As a freshman, Hannibal averaged 4.0 points per game to go with 2.1 rebounds and 1.2 steals.

Hannibal had a decorated prep career at Hartsville High School where he was the state's co-Player of the Year in class 4A in the 2018-19 season and was the Player of the Year by the Florence Morning News. Hannibal averaged 26.8 points per game in his senior season and finished his career with over 1,500 points.  He had 62 points and 20 rebounds in his final high school game.