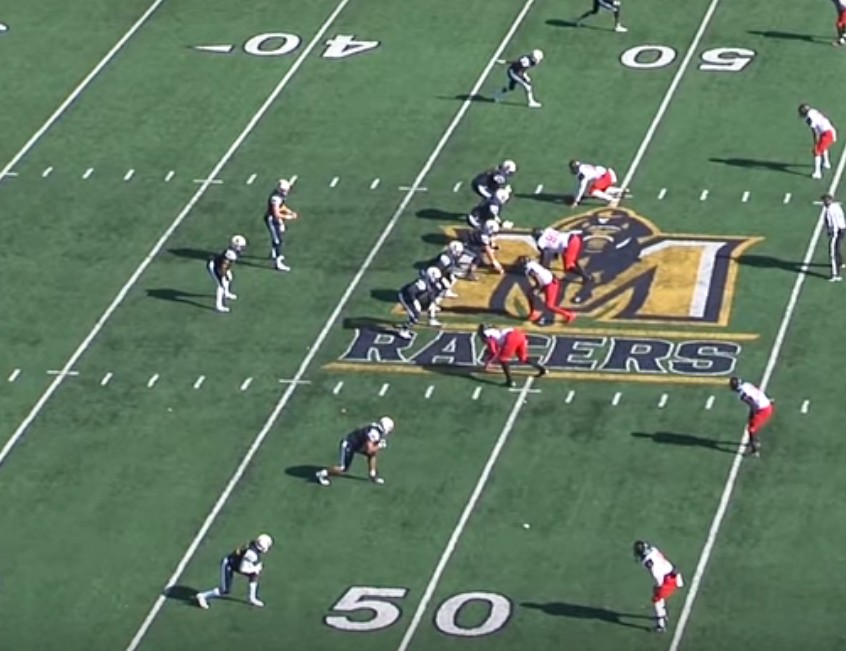 The quarterbacks will be one of the most inexperienced groups this spring for the Racers, with none of the current four having ever started a collegiate game. Though, after studying under former Racers Shuler Bentley and Drew Anderson for two seasons, redshirt sophomore Preston Rice looks to take over from his former mentors this fall. However, no job is given for Murray State and Rice will have competition from redshirt senior Brendan Bognar and redshirt freshmen Michael Hiers and Garrett Bass.

NC: We got a young bunch. We got Preston Rice, Brendan Bognar, Michael Hiers and Garrett Bass and they are all young dudes that have never started a college football game. They are getting some very valuable experience right now. They all had a great offseason in which they worked really hard and built up a lot of leadership qualities that the quarterback position has to have. Probably the best thing about those guys, though, is that they love football you know, they are football junkies. So having them around and watching ball all day is the best thing that they can do and that is what they thrive in doing.

GR: What are some opening day observations you had of your unit after three practices?

NC: The best thing I've seen, is just watching these guys grow. Just because they are young and a couple of them have not had reps since they got here with some being redshirt guys and some being scout team guys. So really, just to see them grow and to see the light bulb come on as you go every day out at practice, as you go every day in meetings, that is special. The ultimate thing you want as a coach is to just teach. So to see them grow, to see that light bulb come on, that really excites me.