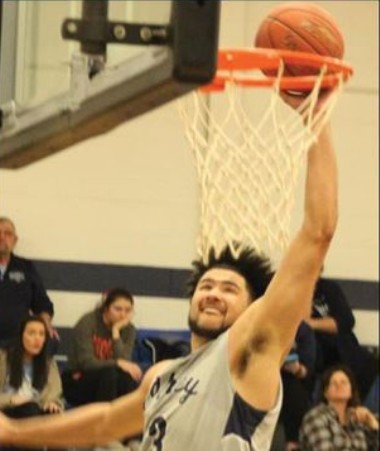 Farr, a 6-8 forward out of Kansas City, Mo., joins the Racers from Olney Central College and will have three seasons to play at Murray State.

"We are very excited to welcome Elijah Farr to Murray State," said McMahon. "At 6-8, 240 pounds, we love his skill level and versatility at the forward position.  Elijah had a terrific season in earning Regional Player of the Year honors, and we look forward to his arrival on campus this summer."

Farr led Olney Central in the 2020-21 season with 16.3 points per game, and in rebounding with 6.8 per game. He shot 48 percent from the field, 38 percent from the 3-point line and 77 percent from the free throw line. His 41 assists were second on the team. Farr had eight games of 20-point scoring or better, including a season-high 27 points against Vincennes.  In Farr's freshman season of 2019-20, he scored 10.6 points per game and grabbed 6.0 rebounds. He was named the

Farr was a multi-sport star out of Lee's Summit North High School in the Kansas City area where he was a four-year starter on the basketball court and earned Missouri All-State Honors on the football field as a receiver and defensive lineman.