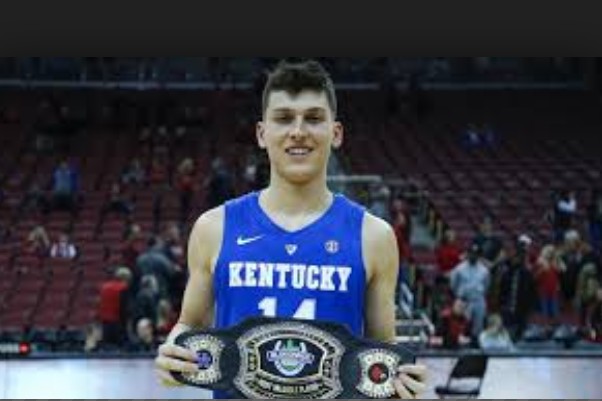 Tyler Herro, a 6-5 guard, announced yesterday that he would remain eligible for the NBA draft instead of returning to Kentucky.

When he initially announced his intention to enter his name in the draft last week, he left open the possibility of withdrawing from the draft and returning to Kentucky. Now, he says that he is "ready to jump into that next stage."

Herro was UK's second leading scorer at 14 points per game this season.