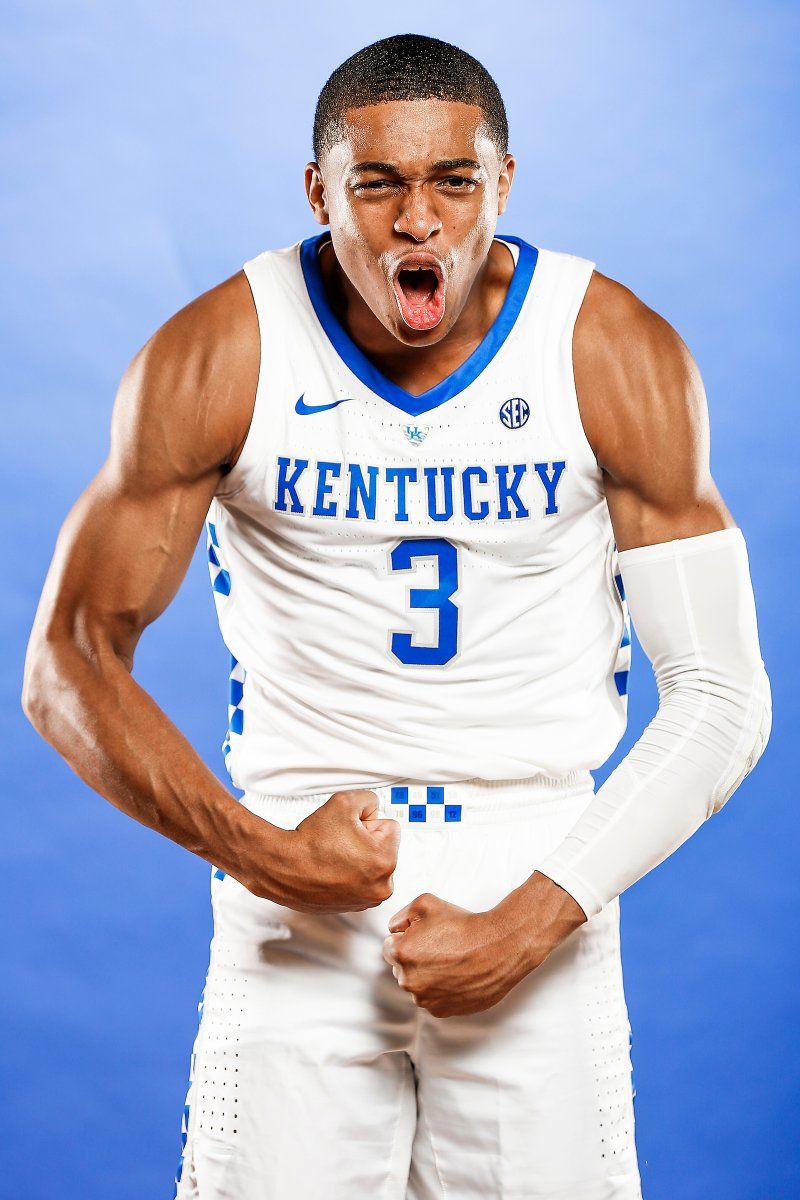 4/17/19 - Kentucky men's basketball freshman guard Keldon Johnson will remain in the 2019 NBA Draft pool and will not return to Kentucky, he announced Wednesday.

Johnson announced last week he was putting his name on the early-entrants list but left open the option to return to school. He now plans to forgo his remaining collegiate eligibility and commit fully to turning pro.

"Big Blue Nation, thank you for my time here at Kentucky," Johnson said. "I really enjoyed it. I had a wonderful experience. You guys made for the best year I could ever have. I really appreciate you guys taking me in as family and one of your own and supporting me through the thick and thin of the season and supporting this team.

"I want to let everyone know that I'll be entering and keeping my name in the 2019 NBA Draft. Thank you, BBN."

Under new NCAA rules, players can sign with an NCAA-certified agent, receive feedback and still return to school by May 29 (10 days after the NBA Draft Combine). Johnson announced last week he was utilizing that process but will now join PJ Washington and Tyler Herro as one of three Wildcats forgoing their eligibility to remain in the June 20 draft.

"Keldon has a game that will translate well to the next level," UK head coach John Calipari said. "Of all the players in this draft, he could have one of the best transitions physically and athletically. He has all the tools you look for in a player in that league, and what makes him special is his joy for the game and his passion to get better. He improved in all phases of his game this year and will continue to grow in the NBA. I'll miss seeing that smile he brought to the gym every day but I'm happy for Keldon as he pursues his dream."

One of Kentucky's most productive and efficient players this season, Johnson started in 36 of 37 games. He averaged 13.5 points per game and 5.9 rebounds per outing. Both of those marks ranked third best on the team. He shot 46.1 percent from the field and 38.1 percent from long range, while draining 45 3-pointers on the year.

Johnson seemed to be at his best when the lights were the brightest.

He averaged 14.6 points and 5.7 rebounds while shooting 48.9 percent in UK's 12 matchups with Associated Press Top 25 foes. That included a 19-point outing in the win over top-ranked Tennessee on Feb. 16. He snared a career-high 17 rebounds in a home win over Auburn, Kentucky's first game without injured Reid Travis, who suffered a sprained knee. The 17 boards were the most by a Wildcat in Southeastern Conference games under Calipari.

Another big moment for the South Hill, Virginia, native came on the road at Ole Miss. With Travis out for the fourth straight game and Washington limited in the first half due to foul trouble, Johnson carried the Cats. He had 14 first-half points and five boards as UK kept the game within reach with Washington on the bench for 13 minutes in the opening half.

In his NCAA Tournament debut, he led the Wildcats with 25 points and sunk three 3-pointers. UK was without an injured Washington in this one and Johnson rose to the occasion once again. He also contributed six rebounds.

Johnson finished the season ranking second on the team in made 3-pointers and Kentucky was 6-0 when he drained at least three attempts from 3-point range. He had four double-doubles, including a 14-point, 10-rebound effort in the season finale. Johnson scored in double figures in 26 games, including totaling 20 or more seven times.

Since Calipari joined the Wildcat program for the 2009-10 season, UK has produced 35 NBA Draft picks over nine seasons, nearly twice as many as the next-closest school (Duke). Included in the 35 are 26 first-rounders, three No. 1 overall picks and 19 lottery selections.

Of the 25 players at UK who have declared for the NBA Draft after their freshman seasons, 23 have been first-round draft picks. All 25 have played a game in the NBA.