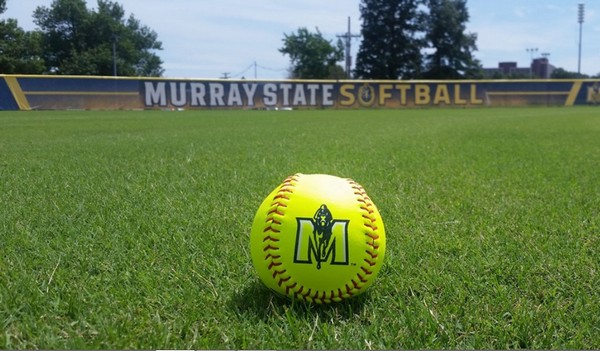 The Murray State softball team completed the series sweep of Tennessee State Saturday with two wins over the Tigers at Racer Field In Murray Kentucky. The Racers won game one, 6-0, and game two, 8-0 in six innings.

The Racers put together their third series sweep of the season with the combined wins on Friday and Saturday. Murray State finished the series by outscoring Tennessee State 22-0 over three games.

In addition to the single-season and career records, James also tied the MSU single-game strikeout record Saturday by fanning 15 in the first game of the doubleheader. The only other MSU pitcher to strike out 14 batters in a single game was Gaskey, who did so against Saint Louis in 2013.

The Racers pounded out four home runs on Saturday with Logan Braundmeier and Yanna Marrow going yard in game one and Lindsey Carroll and Gracie Osbron doing so in game two. The home run for Marrow was her first hit as a Murray State Racer.

The win for the Racers was their 14th consecutive at home, setting a new program and Racer Field record. The victory was also the 30th of the season for MSU, marking the fifth in the 13-year history of the program that the Racers have reached the milestone and the first since 2017.

The Racers return to Racer Field Wednesday for their final non-conference game of the 2022 season when they host future Missouri Valley Conference foe Southern Illinois for a single game at 3 p.m.