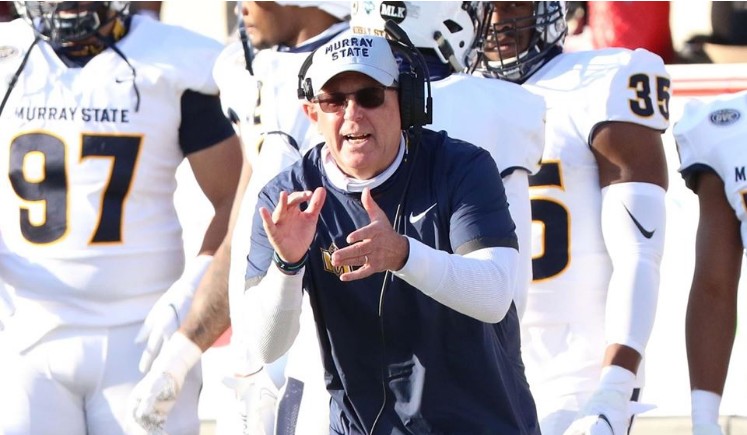 After an incredible first season as head coach of the Murray State football team, Dean Hood received another honor Wednesday, as he was named the Region 3 Coach of the Year by the American Football Coaches Association.

This is Hood's second time to earn the award, having previously earned the honor in 2011 at Eastern Kentucky. Wednesday's award marked the third of this postseason for Hood as he previously was named as the OVC Coach of the Year for the second time in his career and as a finalist for the Eddie Robinson Award for the third time.

Hood oversaw one of the best turnarounds in the nation this spring when he led Murray State to its first winning season since 2011 and best OVC record since 2005. His Racers started the season at 5-0, tying the 1995 team for the best start in school history. Murray State also returned to the top 25 polls under Hood this season, earning its first ranking since 2011 and staying in the polls for seven consecutive weeks.

The AFCA recognizes five regional coach of the year winners in each of the Association's five divisions:?Football Bowl Subdivision, Football Championship Subdivision, Division II, Division III and NAIA. The winners are selected by active members of the Association who vote for coaches in their respective regions and divisions. The. The regional winners will serve as finalists for the 2021 Spring FCS National Coach of the Year, which will be announced by the AFCA during the week leading up to the FCS National Championship game.