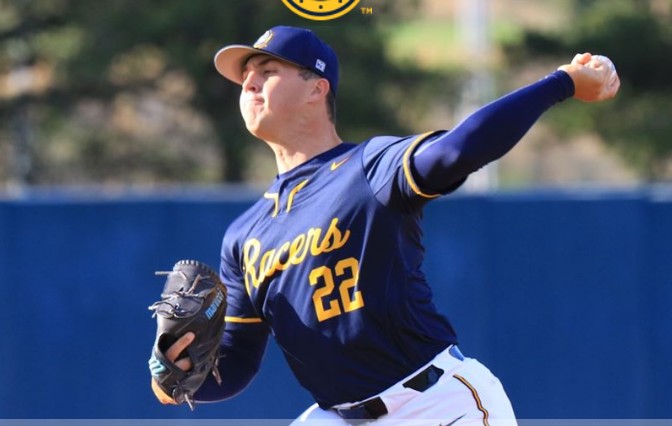 Murray State (18-18) baseball is ready for a big weekend test in a three-game swing with Eastern Illinois in Mattoon, Illinois. Due to field renovations taking place at Eastern Illinois, the series will take place on the campus of Lake Land College.

The Racers enter the series with some momentum in conference play following a sweep over UT Martin a weekend ago. Murray State enters the weekend at 4-8 in OVC play while EIU leads the conference at 7-2 against conference foes and 25-9 overall. EIU leads the all-time series 50-45 while MSU took two of three in last year's series.

Jake Slunder and Jacob Pennington lead the Racers on the offensive side. Slunder leads MSU with a .313 batting average on the year and is tied for the national lead in triples with six on the season. Pennington is coming off of a week in which he was named the John Olerud Two-Way Player of the Week by the National College Baseball Hall of Fame. Pennington is batting .312 on the year to go with four home runs and a .430 on-base percentage.

Shane Burns, Hayden Wynja, and Adrien Reese enter the weekend as the projected rotation after an impressive showing last weekend. The three southpaws combined for 17.0 innings pitched and zero earned runs in the series sweep over UT Martin.

The Panthers enter the weekend leading the OVC with series wins over UTM, SIUE, and Austin Peay. Ryan Ignoffo leads the EIU offense with a .423 batting average and seven home runs to lead the team. Ignoffo has hit 13 doubles to go with a .445 on-base percentage.

Preseason OVC Pitcher of the Year Cameron Doherty heads the Panthers pitching staff. Doherty has started nine games this season to a 3.83 ERA and 41 strikeouts in 47.0 innings pitched.