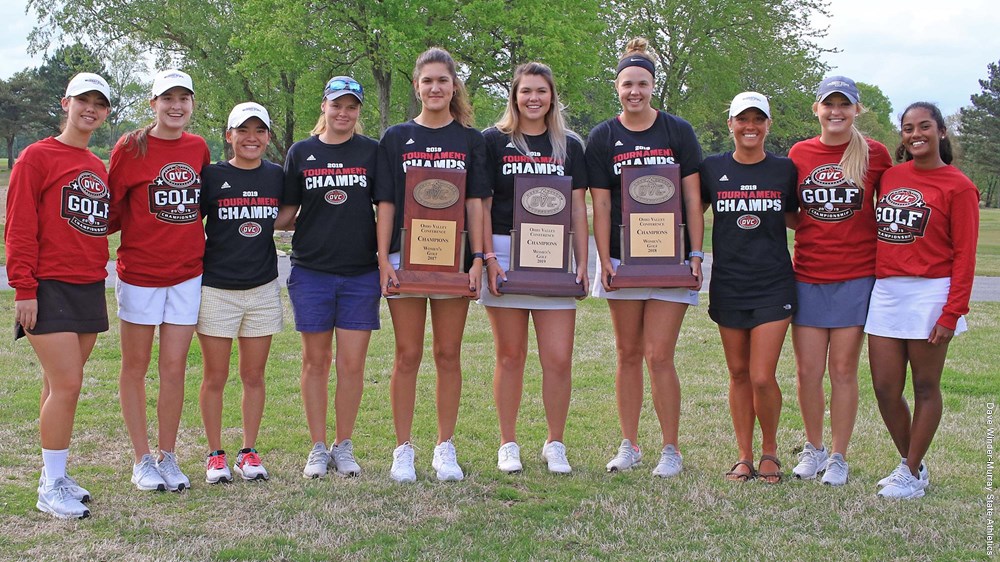 The Murray State Racers will be the 18th seed at the Auburn Regional at Saugahatchee Country Club in Opelika, Alabama. Play will begin May 7 and finish May 9.

"I am really excited about this team and what they have accomplished to this point,” said Murray State Coach Velvet Milkman. "We should never take winning for granted because winning is hard and winning the Ohio Valley Conference Championship is a tremendous accomplishment. I am excited for our two seniors, Linette Holmslykke, Anna Moore and Jane Watts and our entire team to get this opportunity to play at the NCAA level.”

Milkman, the only coach that Murray State has ever had, led the Racers to their 12th Ohio Valley Conference title with a 20-shot win at The Shoals GC in Muscle Shoals, Alabama earlier this month.

The Racers started their NCAA experience in 2009 in Columbus, Ohio (Scarlet Course) and in 2010, they played in Columbus, Indiana (Otter Creek GC). MSU was back in the NCAA in 2014 in Tallahassee, Florida (Southwood CC) and in 2017, visited Lubbock, Texas (The Rawls Course) and last year in 2018 visited Madison, Wisconsin (University Ridge GC).

In 2018 at Madison, the Racers tied their team low round for an NCAA event at 302 and set the team record for a second season in a row with a 916.

The 2019 field for the NCAA Women’s Golf Championship has a total of 72 teams and 24 individuals selected to compete in the four NCAA Women’s Regional Championships (18 teams and six individuals per regional). 24 teams and 12 individuals will advance from regional sites to the national championship at The Blessings GC in Fayetteville, Arkansas (May 22-27). The other three regionals include: Cle Elum, Washington (Tumble Creek Golf Club), Norman, Oklahoma (Jimmie Austin OU Golf Club) and East Lansing, Michigan (Forest Akers West Golf Course).

There were a total of 27 conferences that received automatic qualification to the 2019 Division I Women's Golf Championships.