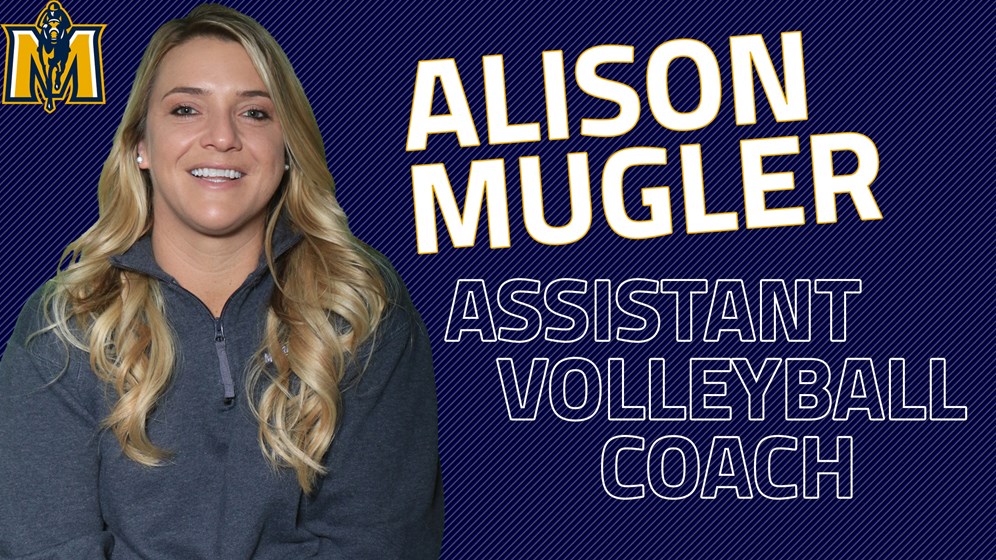 Murray State volleyball head coach David Schwepker has announced that Alison Mugler '09 has been named the new assistant coach for the 2019 season.

"I am very fortunate to have Alison return to Murray State!" said Schwepker. "I know she will be able to use her experience and knowledge in helping our athletes become better players.  I remember when she graduated she had wanted to stay on as an assistant and I told her she needs to go to other schools and get other experiences.  She did just that, and now we are the lucky ones to reap in the benefits of what she has learned over the years and have her back into our program."

Mugler returns to Murray State after playing for the Racers and Coach Schwepker from 2005 to 2008 where she accumulated the ninth-most kills (1,104) and fifth-most digs (1,699) in program history, becoming just one of eight Racers in history to join the 1,000/1,000 club. She also tallied 174 assists, 126 blocks, and 75 service aces in her decorated career.

She was also named to the 2005 OVC All-Newcomer team and the 2008 OVC All-Tournament team.

Before her playing days In Murray, Mugler was a star at St. Ursula Academy in Toledo, Ohio where she was named All-State in 2004 en route to winning a state championship and was inducted into the school's hall of fame in 2018.

Since graduating from Murray State with a degree in organizational communication, she has built up her coaching resume. She was the head coach of the Toledo Volleyball Club for nine years from 2010 to 2019 as well as assistant coach at St. Ursula in 2018 and at Owens Community College from 2009 to 2011.

The Racers will look to defend their OVC title when they open the 2019 season in August.