Looking Back - Will Snodgrass 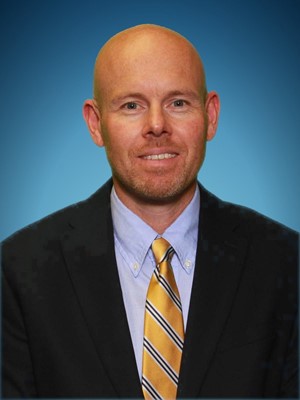 As a youth in Liverpool, England Will Snodgrass never dreamed that one day he would be a golf course manager in Murray, Ky. But to be fair, he was so consumed with the game itself that little else was ever on his mind.

"My mother and dad were both very good amateur golfers so dad was keen to get me going," he said. "I started playing when I was 10 or 11. The club where we played had one course for men and one for women - Formby Ladies and Formby Men. Both are wonderful courses to play. It was a great area for golf really as Royal Birkdale and Royal Liverpool are there as well."

Still it wasn't until Snodgrass and his family moved to Yorkshire that his game really started to come together.

"Amateur golf is very competitive in Britain so there were a lot of tournaments to play in," he recalled. "In the summers I would play a 36 hole tournament on Saturday and another one on Sunday. I had a club league match on Fridays and played junior league matches during the week."

In the United States outstanding amateurs often play college golf. But the university system in the United Kingdom is more exclusive and there are no athletic scholarships.

"You can't do education and a sport all in one go," Snodgrass said. "Only about seven percent go to college anyway because it's really for the most elite students which I wasn't.

"My last couple of years of high school I played more golf than anything else and that negatively affected my grades. They were okay but they weren't good enough to go to college. Not that I really wanted to go to college."

Fortunately an organization in London brought coaches over from the United States to take a look at British athletes with an eye toward giving them scholarships. And Snodgrass was invited to play in a qualifying tournament attended by Murray State golf coach Buddy Hewitt.

Hewitt liked what he saw and offered Snodgrass a scholarship.

"At the time I knew three things about Kentucky, the Derby, Jim Beam and Kentucky Fried Chicken," he said with a laugh. "I wasn't really that excited about the education part even though I knew that was a responsibility I would have."

There were of course adjustments to made once he arrived in Murray.

"In England the temperature in the summer is about 70 degrees," he said. "Maybe 75 on a stupid-hot day. So I had never played golf in shorts.

"When I arrived at the airport in Nashville it was overcast and gray. The terminal was air conditioned and we didn't have air conditioning in England. I figured it was about 60 degrees. Then the doors opened and this wall of heat hit me.

"The first day of practice, in the middle of August I was wearing navy blue wool pants. When I got back to the dorm that night I cut all my pants off at the knees. To this day I don't really enjoy July and August heat."

Snodgrass had a solid career at MSU and graduated after 4 1/2 years with a degree in advertising.

"In college I don't think I ever devoted as much time to the game as I should have," he admitted. "I did the college thing and got my education. It was a struggle early on but I got decent grades. I'm very proud of the fact that I have my college degree and I wouldn't trade it for anything.

"My golf was a little suspect my first two years. And then I realized I needed to work on my game a little more. And I played some good golf my last two years. Ohio Valley Conference golf today is very strong, much stronger than it was back then. You see several players go on to make money on the various tours."