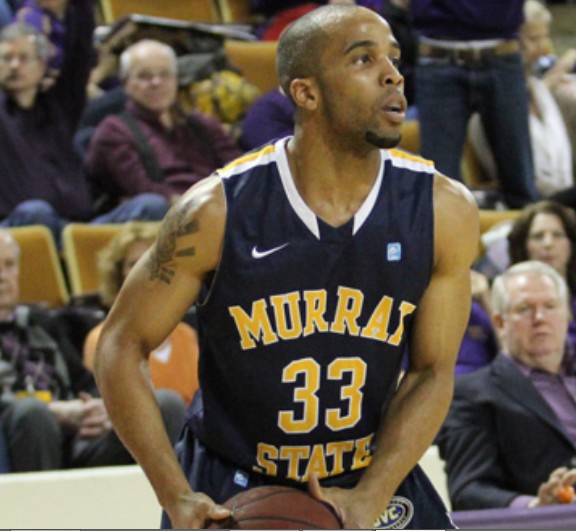 Jewuan Long is a study in perseverance. No obstacle has been too great for him to overcome. Not the death of his father and certainly not the serious knee injury he suffered two years ago.

Long grew up in nearby Jackson, Tenn. playing with the same group of friends from youth league all the way through high school.

ōI call them my brothers,ö he said. ōI have a twin brother, Antoine, that I always played with too. So, I was always comfortable because I was surrounded by people that I knew very well. And we won a lot of championships.ö

Of course there were also moments he'd like to forget.

ōOne year my Youth League team had been undefeated,ö he recalled. ōWe were down by one when I got out on a fast break. I had a chance to give us the lead but I tripped and fell  so we lost the game. It wasn't the least bit funny then, but I can laugh about it now.ö

ōCoach Williams was defensive-minded,ö he recalled. ōIf you didn't play defense then you didn't play at all. He liked to run and he would get on you pretty hard if you weren't doing your job.

ōI remember one game I wasn't playing good defense and he got into me like he never had before. He pushed me in the chest so hard I fell into the chair behind me. I love him like a second father though.ö

Long's own father passed away when he was a junior.

ōIt was really hard for me,ö he admitted. ōMy brother said he didn't even want to play any more. But our teammates and our coach were there for us. It showed me how much they loved us. I knew I could really count on those guys and it brought us all closer together. That togetherness helped carry us to the state championship.ö

With almost everyone back for his senior year the expectations were high.

ōWe just had to stay focused,ö Long said. ōWe knew we had the best team. We just had to make sure everybody was on the same page and that's what we did.

ōThe media attention was unreal though. We were in the paper every other day and when we played people would come up and ask for autographs. It was a lot of fun.

ōAt one point we were ranked 13th in the nation. We played Tyreke Evans' team and beat them. We went to a big Christmas tournament in Fort Myers, Fla. and came in second. And then we won the state tournament again.ö