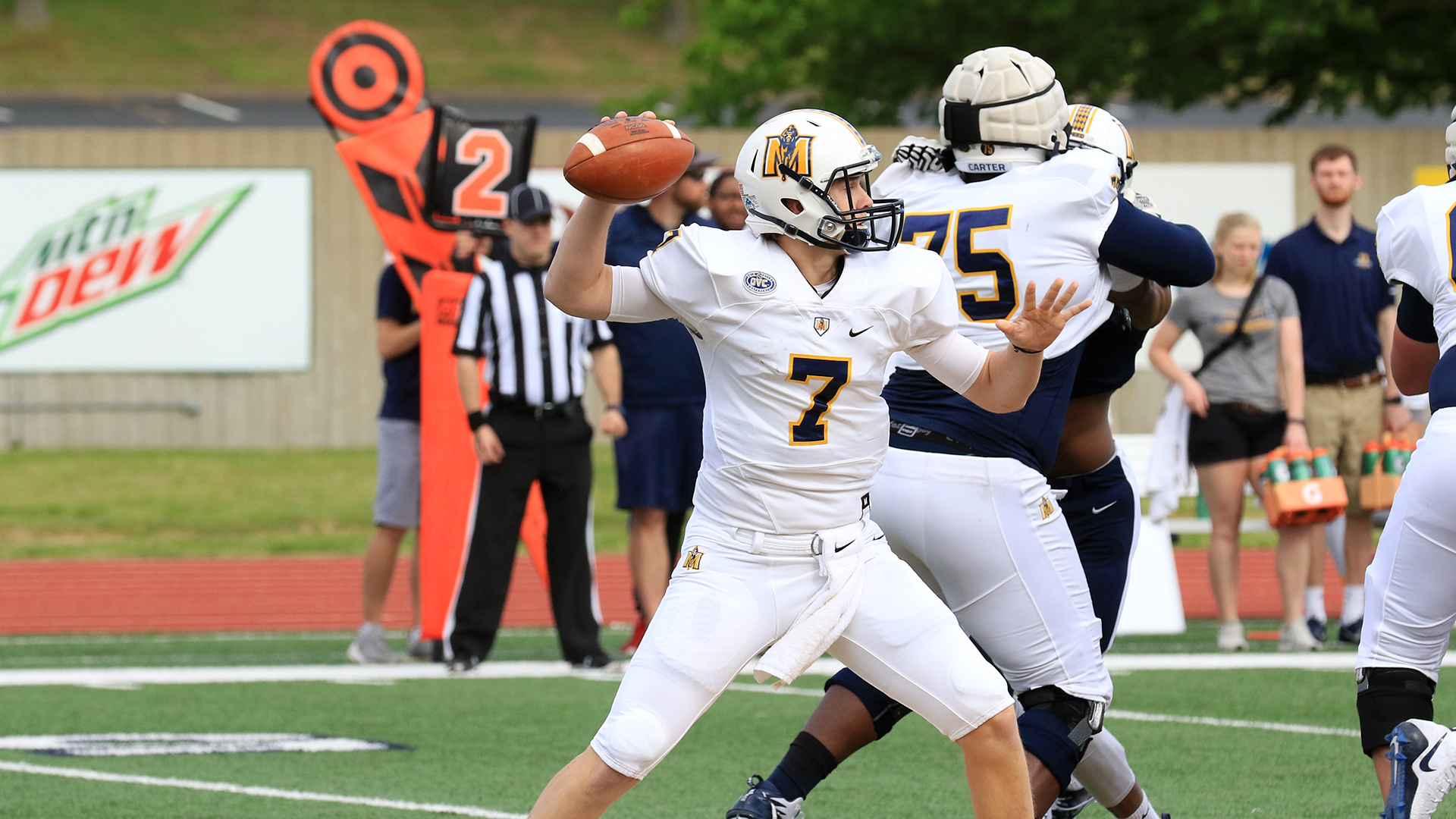 04/28/19: The Murray State football team wrapped up spring practice yesterday at Roy Stewart Stadium with its annual spring game. Over 1,000 fans came out to watch the Racers, and as always, take in the majesty of Racer I as it runs around the track.

While not a true "game" in the traditional sense, fans were treated to several series worth of action. On top of the scrimmage portion, head coach Mitch Stewart added several competitions to bring out the best in his team and to entertain the fans. Following the event, recent third round NFL draft pick Quincy Williams appeared on the video board with a special message saying thanks to his coaches, teammates and Racer Nation.

Afterwards, GoRacers.com caught up with Stewart to get his thoughts on the game and the spring as a whole.

GR: What was the biggest positive you saw in the game today?

GR: Looking at the spring as a whole, what is the biggest positive there?

MS: I think the biggest overall is the gains that we made and the confidence we have through our strength and conditioning program, I really do. It's the reason why we set our spring practices up on Tuesdays, Thursdays and Saturdays to continue giving those guys three days a week lifting so they didn't lose all of those gains. Ultimately, I think the best thing is watching these guys walk around the facility with their chest poked out a little bit more and their chin up a little bit more because they have that weight room confidence.

GR: What was one area you saw today that still needs improvement?

MS: I don't know. I'll have to watch the tape and see, but I'll be honest with you, it was such a great event today. We had close to 200 juniors that we are about to walk through the facility, we got a lot of good snaps in and I was extremely excited about the two young quarterbacks. However, I will go back and watch the tape and get on the negative side and put my coach hat on for a little bit, but right now, you can't beat this. You get a Saturday to play football here in Racer Land and a lot of people in the stands and a lot of extra things going on at the stadium that provided a really good fan experience.

GR: Taking in everything you learned this spring, what will be the one thing you really hone in on this summer and in fall camp?

MS: You have to keep improving. You compartmentalize it, right? So the off-season is what we call our "train-to-gain", then when we come back in the summer, that's what we call our "train-to-perform". You have to make those next steps, we have to put our bodies in better positions to perform. Now, when we get to the season, we get into our "train-to-finish". This team has a championship mentality and they really think that they are good, they are humble enough to work on thing that need working on when you chew them and so I am really excited about this football team.