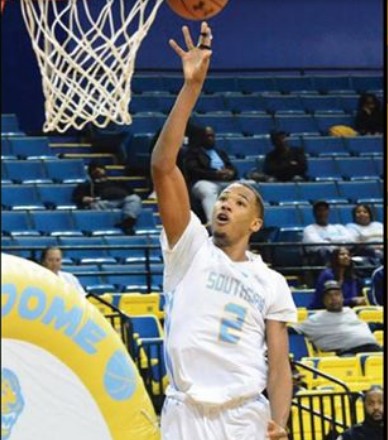 Burns, a 6-7 forward out of New Orleans, Louisiana, joins the Racers from Southern University and will have three seasons to play at Murray State.

"We are thrilled to welcome DJ Burns to Murray State," said McMahon. "DJ is a productive forward who plays with great energy and toughness.  He had a very efficient freshman season on the offensive end of the court and I love his ability and effort to rebound the basketball.  We look forward to adding DJ to our frontcourt this summer."

In his 2019-20 freshman season, Burns saw action in 32 games averaging 8.6 points and 4.8 rebounds per game in just over 18 minutes a night. He was seventh in the Southwestern Athletic Conference with 1.8 offensive rebounds per game. His big games included 14 points and seven rebounds at Nebraska and 16 points and nine rebounds at Wright State. In the shortened season of 2020-21, Burns only played six games with 9.3 points per game with 5.0 rebounds. His top game came at UAB where he had 12 points and 11 rebounds on 6-of-9 shooting.