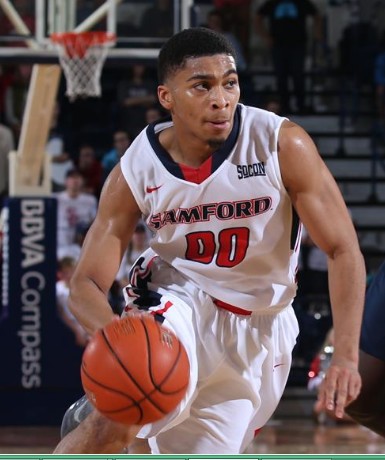 Samford graduate transfer Christen Cunningham announced today that he would be finishing his college career as a Louisville Cardinal. He picked Louisville over Arizona State and Oregon State.

"It was tough," Cunningham told 247Sports. "I feel like I had three really good options, but after thinking about it I've decided I'm going to Louisville."

He missed the final 23 games this past season due to an undisclosed illness. In nine games at the start of the season he averaged 7.7 points while shooting 44.8 percent from the field and 17.6 percent from 3-point range. Two years ago, he averaged 11.4 points and was eighth in the nation in assists at 6.3 per game. He is Samford's career leader in assists.

Cunningham grew up in Georgetown, Kentucky and played for the Louisville Magic AAU team coached by former Cardinal Ellis Myles.

”That was huge,” Cunningham said. “Getting to come home and play in front of one of the best fan bases in the country and one of the best arenas in the country. It’s an hour away from my house. I grew up watching Louisville. I understand what comes along with being a point guard at the University of Louisville. That played a big part in my decision. I feel like this is a team that can compete for a national title.”

Lamar Jackson: Most Dynamic QB in the NFL Draft