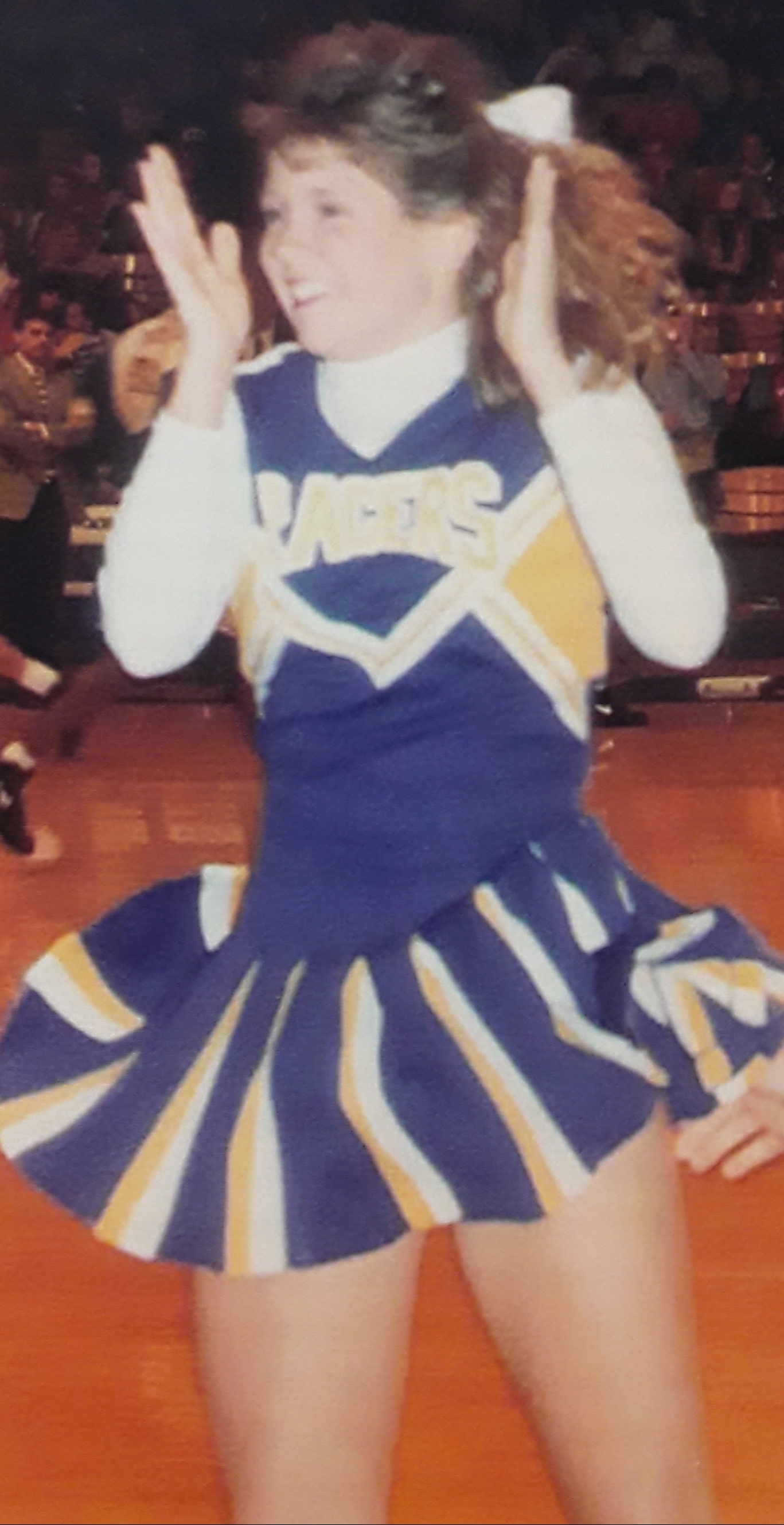 On Saturday, March 17, 1995 the Murray State Racers played North Carolina in a first round NCAA tournament game in Tallahassee, Fla. They threw a scare into the Tarheels but came up just a little short in the end, losing 80-70.

The next day tragedy struck the Racer family when a van carrying a group of cheerleaders back to Murray crashed on I-24, near Cadiz. Press reports indicated that the crash occurred after the tread on the drivers' side rear tire separated, causing the driver to lose control of the vehicle. The van rolled over several times before it came to rest in an upright position.

All 12 cheerleaders and their sponsor were treated at area hospitals. Eight of the 13 had been released by Monday. Eventually all but one would recover. Junior Ginger Adams died on March 24th at Vanderbilt University Medical Center.

Adams was a local girl, a graduate of Calloway County High School, where she had been co-captain of the cheerleading squad. She was the daughter of Hank and Joanna Adams and the sister of Scott and Andy Adams.

CCHS principal Jerry Ainley told the Ledger and Times, “She was a very vibrant, outgoing girl. She had a light in her eyes – an All-American girl that any parent would be proud to have as a daughter.”

The Ledger went on to quote former Calloway County basketball player Monica Evans Hodges: “My senior year, when I played basketball the cheerleaders made individual scrapbooks for each of us. Ginger made mine for me and covered it with material and lace.

“It had clippings from every game that we had and she took the time to cut them all out. She really took a lot of time to do this for me.”

Adams graduated in the top-10 of her class at CCHS and continued to excel in her studies at Murray State. She had a 4.0 grade point average at the time of the wreck and she was third runnerup in the Miss Murray State pageant.

“She was a typical cheerleader,” her brother recalled. “She was always bubbly, and excited and jumping around. She wanted to be an English teacher and go back to Calloway and teach.”

A scholarship in Adams name was established at Murray State for sophomores, juniors, or seniors majoring in education.