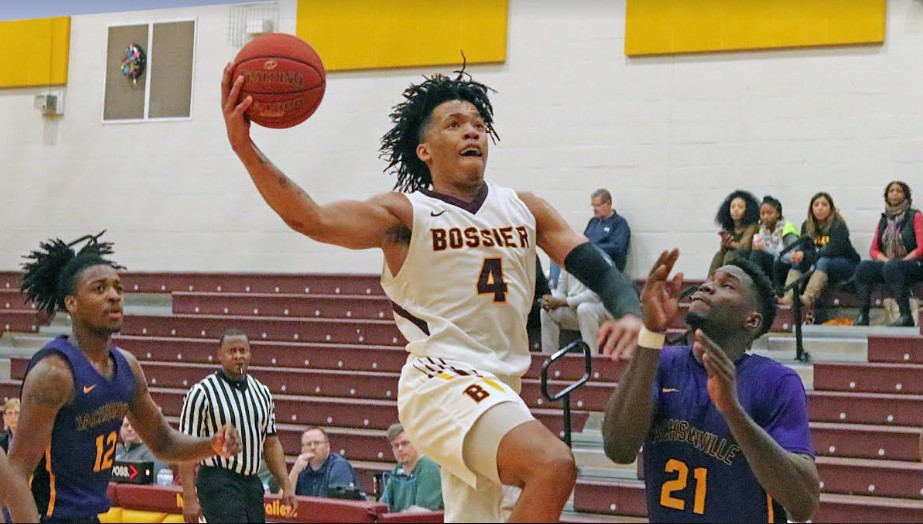 Holliday, from Brusly High School in Baton Rouge, will be a junior with the Racers in the 2019-20 season.

"We are thrilled to welcome Jason Holliday and his family to Murray State,” said McMahon. “With this scholarship, we wanted to sign an experienced guard with toughness, size for the position, and one with the ability to impact winning at both ends of the court. Jason had a terrific sophomore season at Bossier Parish and was very efficient scoring the ball on the offensive end.  What also stood out to us were his 7.6 rebounds a game, 68 steals, and the fact that he got to the free throw line 213 times this season. We are really looking forward to Jason joining our team this summer."

In the 2018-19 season, Holliday started all 31 games for the Cavaliers where he scored 16.8 points per game to go with 7.6 rebounds per game. He led the Louisiana Community College Athletic Conference (LCCAC) in steals with 2.2 per game. He scored 25 Points, grabbed 15 Rebounds and dished out eight assists in the Cavaliers’ regular season finale against Tyler Junior College and he had a season-high scoring game of 34 points.

“Jason has reach and he’s strong,” said Coach Lovell. “He’s one of the toughest kids I’ve ever coached. He plays both sides of the ball and can guard and rebound. He averaged seven free throws a game last season, so he can get to the rim and finish through contact. But the thing I love about Jason is he’s one of those rare kids that can help you on both ends of the floor. He just shows up every day and does the work and nobody will out-work him. When you think that he recently made a full-time commitment to basketball, he was going to play football out of high school, he has made a huge leap from his freshman to sophomore year in our program, so his ceiling is high.”

“This is a great fit for Coach McMahon’s program at Murray State and for Jason,” Lovell added. “In the recruiting process, it’s all about finding the right fit and that has been accomplished here. I am very excited about Jason coming to Murray State.”