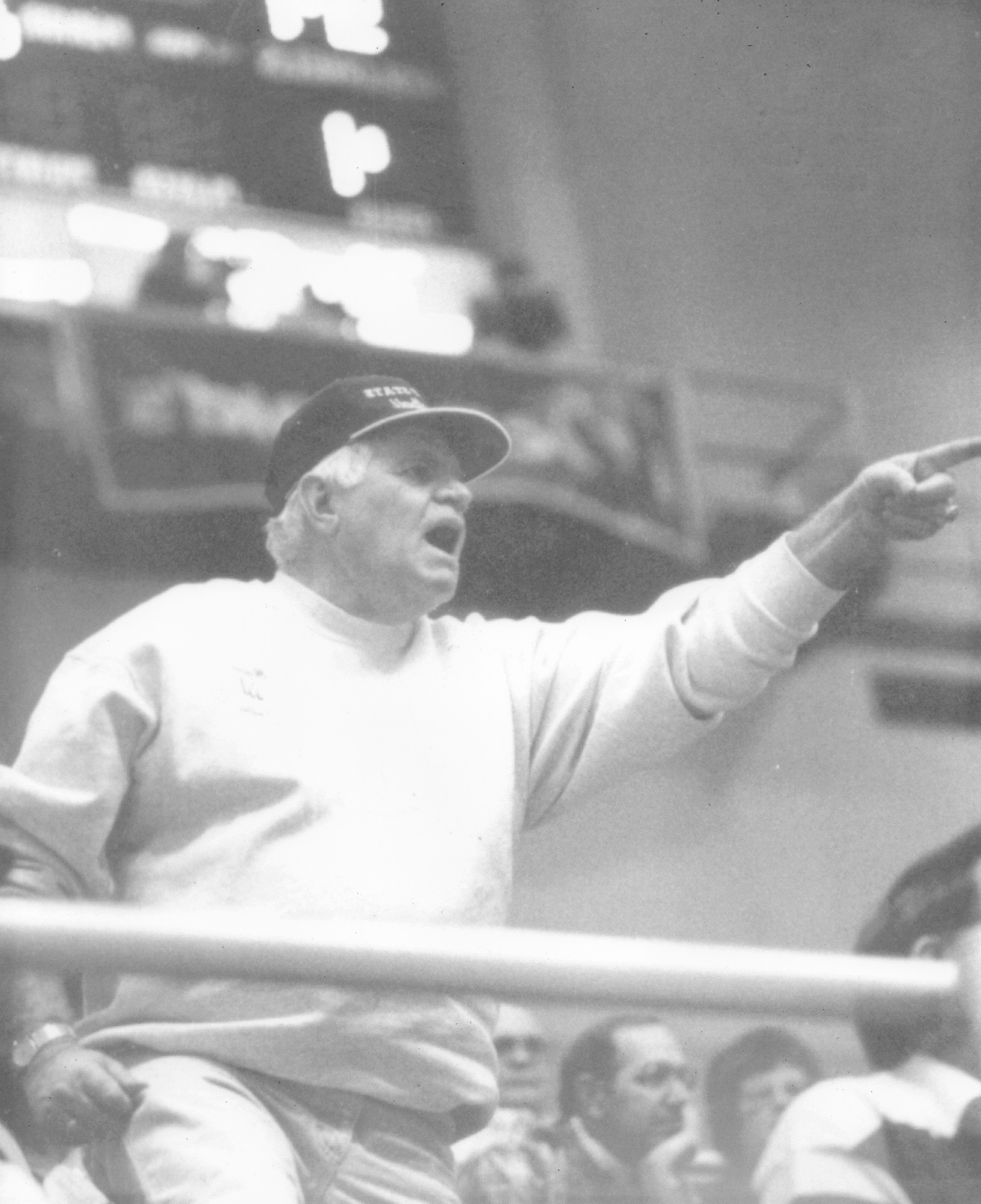 A few select fans are so closely identified with a particular team that they become iconic themselves. When you see Jack Nicholson you think of the Los Angeles Lakers. You can't see Spike Lee without thinking of the New York Knicks. And at the college level, any time you saw Bill Keightley you thought of the Kentucky Wildcats.

Gearl Suiter was as iconic a symbol of Murray State basketball as Dunker himself. When you saw Gearl your mind immediately turned to Racer basketball. And he was always more than happy to discuss it with you.

Gearl summarized his devotion to Racer basketball during a 2010 interview, “My family was always all about Racer basketball. When we got together at Thanksgiving and Christmas that's what we talked about. It has been a big part of my life. Family, church, and then Racer basketball.”

Unfortunately, Gearl passed away on June 8, 2013. But his memory lives on.

“My grandad, Elroy Suiter, was a big Murray State fan and he took my dad to the games when he was a kid,” Gearl's son Lindy Suiter said. “Then my dad took me and my brother Larry to the games. He went to almost all the games, home and away, until his health began to fail him. And he went to a lot of the practices too.

“He put as much care, concern and passion into our program as anybody. He took every win or loss the way a coach would. I remember after one loss he took it worse than I did,” Scott Edgar said with a laugh. “He was the heart and soul of the Racer Nation.”

“Gearl was Mr. Murray State,” Tevester Anderson said. “He was like a father to some of our kids. He did whatever he could to promote Murray State. And he did it the right way, under the rules. He was a special person.”

"It was like all of Murray State's jerseys said Suiter on the back,” MSU radio announcer Neal Bradley said. “Those were his boys out there, whether they had a good game or not. He was behind them 100 percent.”

I'll always remember watching a scrimmage with Gearl back when Tevester Anderson was the head coach. Gearl was yelling at the officials and one of them came over and asked why he was doing that at a scrimmage. And he said, 'I've got to get in practice too!

"He's been a basketball fan of Murray State since at least when I was here,” the Racers' “living legend” Bennie Purcell said. “And that was way back in 1948. His dad took him and his brothers to all of the games, and I really remember them coming to the away games.       "When you think of Murray State basketball, you definitely think of Gearl Suiter and how he supported this program. It's tough to lose Gearl.”