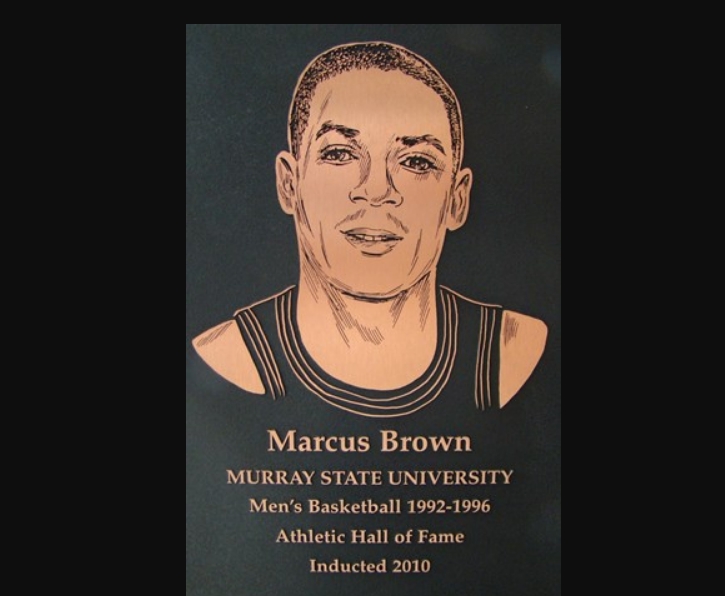 RI: Summarize where you've been since you left Murray State.

MB: I left Murray State in '96. And, I got drafted by the Portland Trail Blazers in the second round. I stayed in Portland for a year. In 97-98 I signed a two year deal with the Vancouver Grizzlies and I stayed there for 3/4 of a season. They waived me in 98 and I finished the year in France with a team called Pau Ortez. And, unfortunately I injured my knee, tore my ACL and did some damage to my cartilage. I took a year off to rehab my knee. Then in October of '99 I went to the Detroit Pistons' training camp and I made the team. I stayed there for about 1/4 of the season and finished up the 2000 season in Lemoges, France where my team won three championships and I won the MVP. Then, this July, I played for the Dallas Mavericks summer league team.

RI: What did it mean to have fans select you as third best player ever at Murray State?

MB: It's a big honor. It just shows my character and what my parents provided for me and the values that they instilled in me that people would think that highly of me.

RI: Are you still able to keep up with Murray State basketball?

RI: Who are some of the players and coaches that had an impact on your career?

MB: Of course, I had known Coach Edgar since my sophomore year in high school. And, the bond that we had is one like no other. He cared for each and every player that played under him. Also, Coach Ross, he was instrumental in getting me to Murray. It was just a real family type atmosphere with the guys that Coach Edgar brought in under him. Of course, playing for Mark was a new experience for me. But, we communicated and made the best of our opportunity together.

RI: If you could do it all over would you still choose Murray State?

MB: Oh yeah, for sure. Coming to Murray was like a dream come true. the people, the atmosphere, Racer Arena - you really meet people who care here and convey their feelings toward you. Coach Edgar said when he recruited me, "You come play for me and I'll change your life for sure." And he did.

RI: Is there a game that stands out in your mind?

MB: I think the SEMO game in 94-95 I fouled out and looked back at the crowd and told them that we were going to win anyway. My senior night against Middle was special for me because I had so many relatives there. And I had an unbelievable night. I think I had something like 39 points.

RI: What were some things that upset you while you were playing at MSU?

MB: Number one was the highway robbery in Nashville. Mike Shoulders is a name I'll probably never forget. But, maybe he should have kept his whistle out of his mouth and let the players decide the game. Another thing that ticked off was the '94 campaign when we ran through the OVC like water, and beat some pretty good teams outside the conference. For the NCAA to rob us like they did is absolutely pathetic. Then my senior year, it had been traditional for the seniors to wear a white tuxedo and be honored at a banquet, and I was really upset that we didn't even have a banquet. Not having a banquet disappointed me and hurt me dearly.

RI: What has it been like playing in France and what are your chances of making it back to the NBA?

MB: It's a different game defensively in Europe. And, playing against the international talent has been really great. Playing in the NBA was really good, and I'm glad I got a chance to do it. I can't say I deserve to play in the NBA. All I can do is work hard to get back in the league.

RI: Tell us about the clothing line you're starting.

MB: My agent Craig McKenzie, Allan Houston, Charlie Ward and are starting a clothing line. One side will be called G-First which stands for God First. It will be aimed at a secular audience. The other side will be called Christ-First and that will be aimed at a Christian audience. We're excited about it. We'll launch the clothing lines on August 29 in Las Vegas. And, I think once people see the clothing they'll be excited about it also.

RI: What are your plans for when your playing days are over?

MB: I'm kind of split between doing community work and teaching and coaching. I'd really like to coach, but I don't know whether I want to coach at the pro level or the college level. I'm not going to stop plugging myself to come back and coach for Murray State. That would be a dream come true.