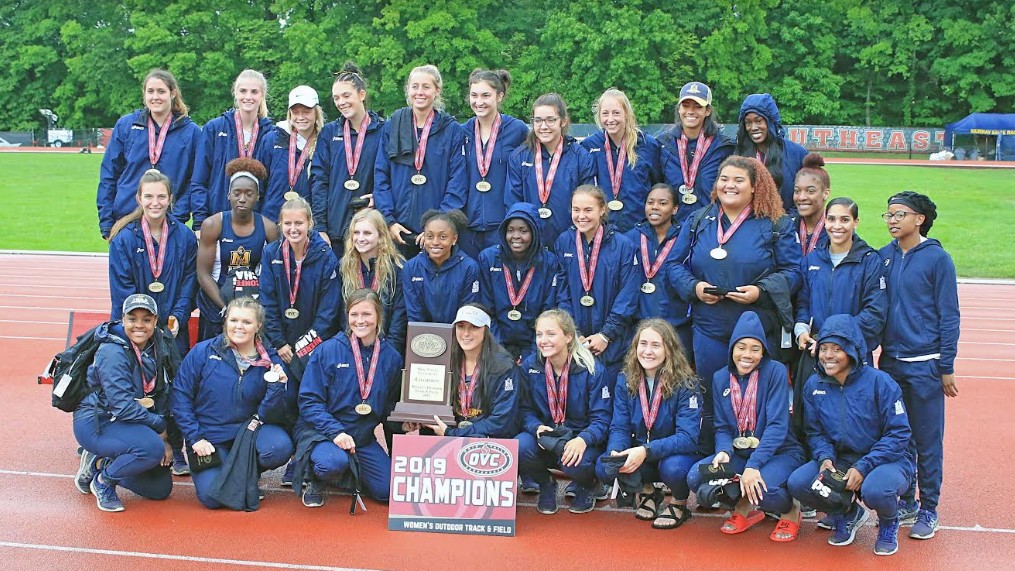 May 12, 2019: For the first time since 1992, the Murray State women's track and field team won the OVC Outdoor Championship on Saturday. They scored 137 points, besting host Southeast Missouri by 13.5 points.

“Our hashtag is LeaveYourLegacy,” said head coach Adam Kiesler. “We’ve wanted to win a championship not just for us, but for the school, for all the alumni, the people between 1992 and 2019. We really wanted to win one for everybody involved, not just this team, but throughout the years.”

Tamdra Lawrence was named Athlete of the Championship after winning gold in the 100m, 200m, and 4x100m and by winning the title, Adam Kiesler was named OVC Coach of the Year.

Lawrence made history by winning the 100m. With a time of 11.88 she edged out a runner from EKU to become the first female in OVC history to win the race four straight years.

She was not done yet as she pulled off the double by winning the 200m with a time of 24.37. Norma Abdur-Rafia also earned three points with a sixth-place finish

Lawrence was also part of the winning 4x100 relay team earlier in the day (46.62) along with Daijah White, Norma Abdur-Rafia, and Rachel Hagans. It is the first time the Racers have won the 4x100 since 2012 and just the fourth time in program history.

Hilary McAdam successfully defended her 800m title with a time of 2:13.64, coming from behind to edge out to runners from Southeast Missouri.

Destiny Carey clinched the title for the Racers at around 3:07 p.m. local time by winning gold in the shot put with a distance of 14.23m.

Kiesler tried to describe the moment when he and his coaching staff figured out they won.

“To be honest, it was a lot of moments because I was trying to do a lot of math. I was trying to figure it out and asked a lot of people, but when we really figured it out, it was one of those moments where you didn’t think it would happen that way. It was kind of surreal that we just stopped and doublecheck and as soon as we told the kids, it was pretty awesome.”

In the triple jump, Antoinetta Avant finished fourth with a jump of 11.68 meters. She also earned a couple of points in the 100m hurdles as she finished seventh with a time of 14.67.

Joy Sparks and Alexus Groom also earned points for the Racers in the javelin as they finished seventh and eighth, respectively.