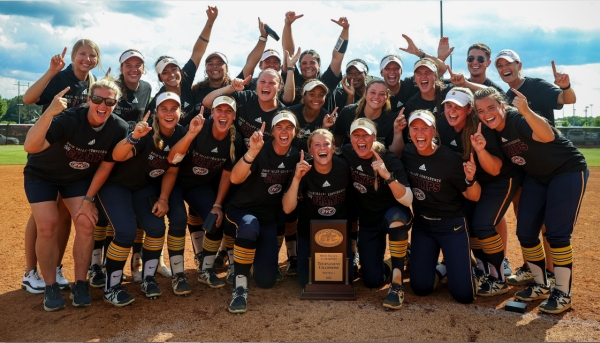 • In game one, the Racers simply could not score runs and despite outhitting Belmont, 8-5, Murray State left 12 base runners stranded. Troubles in the field only exacerbated Murray State's troubles, as four Racer errors helped lead to the 3-0 Belmont win.

• After the Bruins tied the game in the top of the fifth at 2-2, Victoria Garland drove in the go-ahead run that allowed Gracie Osbron to cross the plate for the 3-2 lead.

• Jenna Veber went the distance for Murray State in the circle, en route to her 17th win of the year. The sophomore allowed no earned runs over five hits with three strikeouts and no walks over seven innings.

• After the tournament, Gilmore was named as the tournament's Most Valuable Player, while Hannah James, Veber and Lindsey Carroll were named to the all-tournament team.

• Veber and James were nothing short of incredible in the tournament as they allowed just one earned run over 32.0 innings with 31 strikeouts and only one walk. The duo finished the four-game stretch averaging 6.7 strikeouts per seven innings, posting a strikeout-to-walk ratio of 32.0:1, limiting opponents to a paltry .139 batting average, all while compiling an ERA of 0.21.