On the court Jenkins is a deadly long range shooter who can also get his own shot off the dribble or create for his teammates. Through eight games he is averaging 11.4 points in just 24.9 minutes per game. Against California he hit 4-of-7 three-pointers and against North Carolina Central he hit 3-of-6.

And when the game was on the line against Eastern Kentucky he asked for the ball and made the game winning shot.

"I told them to get me open and I would make the shot," he said. "Jeff McClain and Tony Easley set great picks and then Isaiah Canaan put the ball right in my hands so I could get a quick shot off."

Jenkins leads the team in assists with 35 and is third in the Ohio Valley Conference in assist-to-turnover ratio.

“Instead of going to his seat, Jenkins could see Long was upset, and he sat beside him. I wasn't eavesdropping, but as one of three people on the bus, I could hear Jenkins encouraging Long. Before he went back to his seat, he had left Long smiling and reassured.”

"It’s like Isaiah (Canaan). He has a great chance to be Freshman of the Year. But sometimes he gets down on himself and I feel like I have to pick him up. It’s my job to be there for my teammates because I know they’ll be there for me.”

Jenkins' parents both played team sports. His father was a basketball player and his mother played softball. So being a good teammate comes naturally to him.

“I was born into sports,” he said. “When I was a little kid I had a Fisher Price hoop in the kitchen. I would watch Michel Jordan and everything he did I'd try to do on the Fisher Price hoop.

“I started playing youth league basketball in Virginia Beach, Va. when I was about nine. When I was 12, I played for Coach Dave, David Sneed. He was the first coach who really believed in me and that meant a lot. I still talk to him to this day. He's one of my closest friends.

Jenkins went on to play basketball and football at Green Run High School. 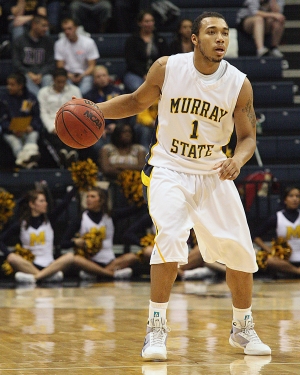