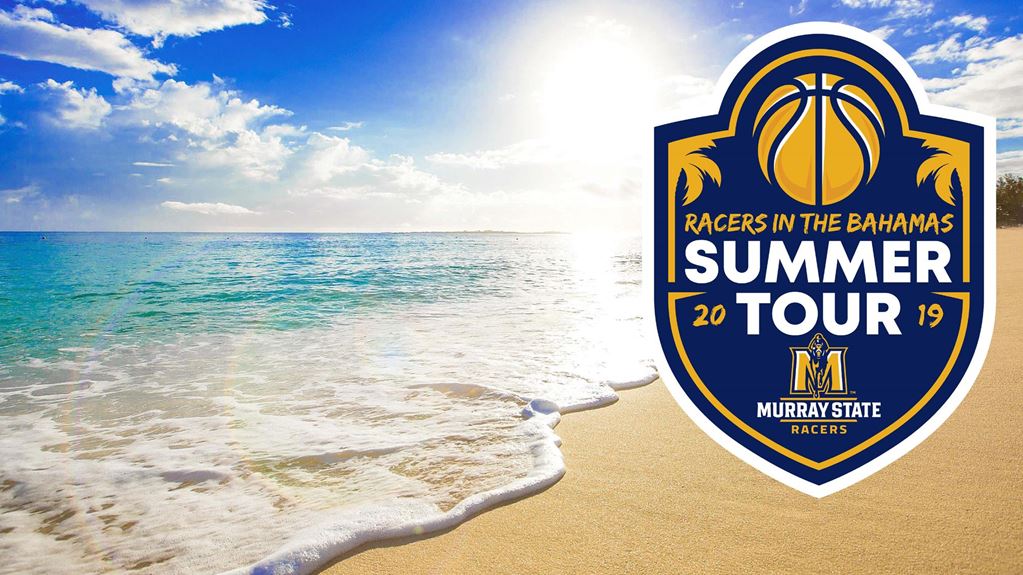 The Murray State men's basketball team is headed to The Bahamas in August.

The Racers will travel to Nassau on August 8 to participate in their first foreign trip since 2015.  Murray State will compete in three exhibition games against Bahamas Select teams on August 9, 10, and 11 at Kendal Isaacs National Gymnasium.

"The trip to The Bahamas is going to be a great experience for our players and everyone in our program," said Racers' Head Coach Matt McMahon.  "It will give us an opportunity to practice ten days this summer and get valuable game competition in August.  With five newcomers and two players returning from season ending injuries, the timing could not be better for us.  The trip will really help us build our team, on and off the basketball court, in preparation for the 2019-20 season."

"This will be an experience that our players will remember forever," McMahon added. "I am very appreciative of Director of Athletics, Kevin Saal, for his help in making our foreign tour happen this summer."

The Racers are coming off one of the best two-year runs in program history with a 54-11 record.  In the 2017-18 and 2018-19 seasons, MSU won back-to-back Ohio Valley Conference regular season championships and OVC Tournament championships leading to a pair of NCAA Tournament appearances.  In March, the Racers recorded their fourth NCAA Tournament win with an 83-64 win over Marquette and finished the season with a 28-5 record.

Trip plans have been coordinated with Complete Sports Management (CSM), an all-encompassing sports marketing agency.  CSM has created a number of annual events, including The Battle 4 Atlantis Men's Basketball Tournament and the Bahamas Bowl football game.

Zion Harmon set to play for Marshall County next season