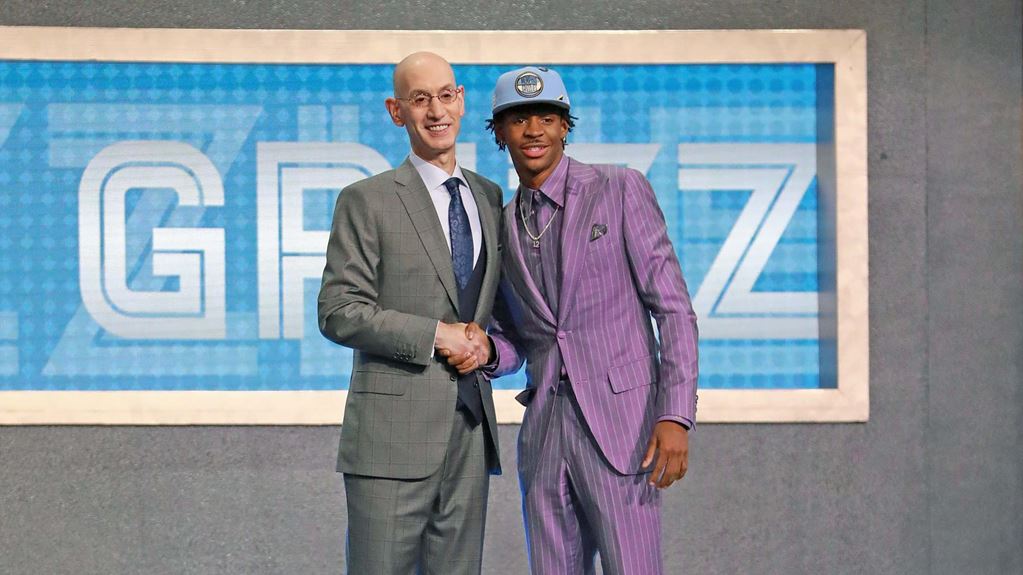 Murray State's Ja Morant became the highest NBA Draft pick in the history of the Ohio Vall41938ey Conference when the Memphis Grizzlies selected him as the second pick during the glitz and glamour of draft night at the Barclays Center in New York City.

The 2019 NBA Draft put a perfect cap on Morant's rise from little-known talent from small town Dalzell, South Carolina to Murray State where he became a consensus All-America, set many records and led the Racers to 54 wins in 65 games and a pair of OVC regular-season and OVC Tournament titles and NCAA Tournament appearances.

Morant becomes the highest draft pick in the history of the Ohio Valley Conference and the highest pick in the league since 1994 when the Seattle Supersonics picked Tennessee State's Carlos Rogers as the 11th selection. Other recent first round picks from the OVC include Rogers (Supersonics 11th overall), Kenneth Faried (Nuggets 22nd overall) and Murray State's Cameron Payne (Thunder 14th overall). Western Kentucky's Clem Haskins had held the OVC record for the highest pick. Haskins was selected as the third pick by the Chicago Bulls in 1971.

Becoming a star at the mid-major level, Morant proves again NBA talent can be found at places like Murray State. Morant did his part to keep MSU as what some call Point Guard U after Isaiah Canaan was drafted in 2013 by the Rockets, Payne went to NBA after two seasons in 2013 to Oklahoma City and Jonathan Stark had a tremendous career that ended in 2018 and he's currently in the Minnesota Timberwolves system. Along with Morant, this entire group of former Racers are all OVC Player of the Year winners and All-America selections.