Some coaches motivate their players through intimidation. They yell and scream, berate players, throw clipboards – whatever they have to do to bully their players into playing hard.

That approach can work, and work well. Look at the success Bobby Knight had at Indiana.

But that's not Steve Prohm's way.

“If he could put on a jersey he would get out there and play with us,” Isaiah Canaan said of Prohm in 2012. “He'll do anything he can for us. He loves us like we were all his sons.”

Although his approach to coaching is uniquely his own; Prohm's philosophy was shaped by the years he spent working under former Murray State head coach Billy Kennedy.

He grew up in rural Georgia where he played basketball at Northwest Whitfield High School. He started college at Oglethorpe University where he played Division III basketball. But he decided to follow his passion for coaching and transferred to the University of Alabama where he worked as a student assistant under head coach Dave Hobbs.

“You could tell then that he was a real gym rat in a lot of ways,” Hobbs said. “He just loved being in the gym and would do anything he could to help a player out. He would always be coaching up the players and you could see his aptitude and attitude early on. He's a real student of the game and relates well to the players. 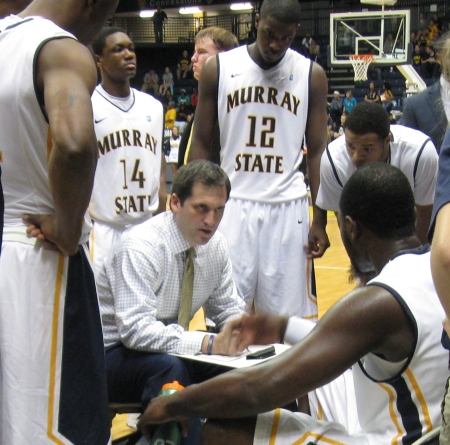