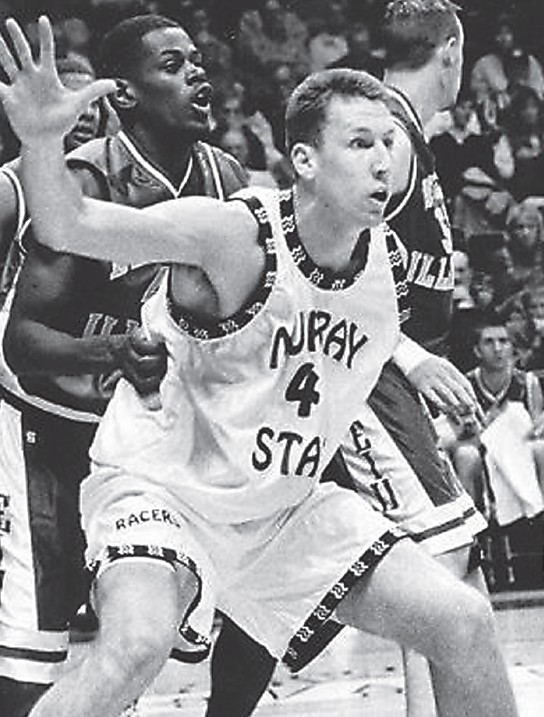 When Mike Turner signed with Murray State in 1996 he hoped to become an NBA player like his older brother Jeff. That didn't work out. But as it happened he had chosen the path that would lead him to God.

Turner was born in Florida but his family moved to Nashville when Jeff signed with Vanderbilt.

"We lived there until I started high school and then we moved back to Florida," he recalled. "I lived in Orlando for a couple of years but I had a falling out with my high school coach and moved back to Nashville.

"It was cool having an older brother in the NBA. He got me all kinds of free stuff. I didn't get to see him very much though. But whenever he came to visit he spent time with me."

When his older brother made the 1984 Olympic team Turner got to go to Los Angeles for the Games and met the other players on the team - Michael Jordan, Patrick Ewing, Chris Mullins and others as well as coach Bobby Knight.

"After I got older and he was with the Orlando Magic I got to meet Penny Hardaway, Shaq, Scott Skiles and all those guys," Turner said. "When I was a sophomore in high school Penny Hardaway had just finished his rookie season and he held out on his contract. Two of my high school teammates were McDonalds All-Americans and they were friends with Penny. So this one night they called me to come play basketball.

"I was right in the middle of eating spaghetti so I said: 'Who's playing?' They told me Penny was there so I dropped everything and ran down there. He was trying to get in shape so he wanted to play two-on-two full court. There was one play where he dunked on me off of a lob. The ball hit me in the face. His knees hit me in the face. I jumped up and said, 'Dad did you see that? I got dunked on by Penny!'

"I wanted to sign early because I felt like I was tricking everybody," he said. "I thought if they saw me play my senior year they might think I wasn't very good.

"I liked the coaches at Murray State especially coach (Mark) Gottfried. I wanted to go to the NBA like my brother and I thought if I went to one of the service academies I wouldn't get the chance to do that. So in the end I chose to come to Murray."

During his first two years Turner played sparingly although he did start eight games as a freshman before breaking his foot.

"My freshman year (1996-97) we played Austin Peay and Bubba Wells in Racer Arena," he recalled. "I was starting at the time and got assigned to guard Wells. The atmosphere was electric. It was incredibly loud.

"The bottom line is there's no other place like Racer Arena. I mean no disrespect to the RSEC. People always say we should play one game a year in Racer Arena. But I tell them that if they do that no one will want to go back over to the RSEC. They better not ever let them do that. It was unbelievable playing there. We never lost over there and then my junior year we didn't lose at the RSEC. While I was at Murray State we only lost two home games."