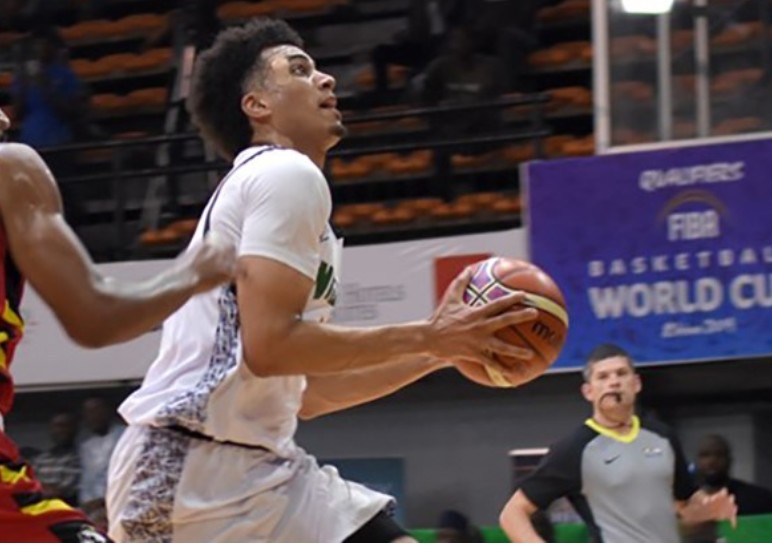 University of Louisville forward Jordan Nwora completed a successful venture as a member of the Nigeria national team in the 2018 FIBA World Cup African Qualifiers on June 29-July 1 at the Indoor Sports Hall of National Stadium in Lagos, Nigeria.

Nwora totaled 36 points, five rebounds, four assists and four steals for Nigeria in a 93-53 victory over Mali on July 1.  His 36 points is the most ever scored by a Nigerian player in a major tournament, a mark previously held by Ikechukwu Diogu with 31 points on two occasions.  Nwora made 12-of-20 field goals in the game, including 5-of-11 from three-point range, and 7-of-8 free throws.

In his three games in the Lagos qualifier, Nwora tied for the average scoring lead among all players in the 16-team African Qualifiers with a 21.7 average in his three games.  His 8.0 rebounding average was 10th in the qualifiers, his 2.3 steals per game tied for third, and his 2.7 assists ranked 16th.

Nwora totaled 12 points, 10 rebounds, two assists and two steals as Nigeria beat Uganda 109-66 in the opening game of the Lagos event on June 29.  He produced 17 points, nine rebounds and two assists in a 111-70 victory over Rwanda on June 30.  Nigeria is 6-0 in the African Qualifiers, having won its three previous qualifying games this year played February 23-25 in Mali.

A 6-8 rising sophomore from Buffalo, N.Y., Nwora (pronounced WOR-uh; silent N) has dual citizenship with Nigeria. His father Alex, who is the head coach at Erie Community College, serves as the head coach of the Nigerian team.

A member of the 2018 All-ACC Academic Team, Nwora averaged 5.7 points and 2.2 rebounds as a freshman last season for the Cardinals, connecting on 43.9 percent of his three-point attempts (25-of-57). He was named the ACC Rookie of the Week for games Feb. 5-11 when he averaged 12 points, 3.3 rebounds and shot 59.1 percent from the field (7-of-11 threes) as the Cardinals won two of three games that week. UofL was 8-1 when Nwora scored in double figures last season.