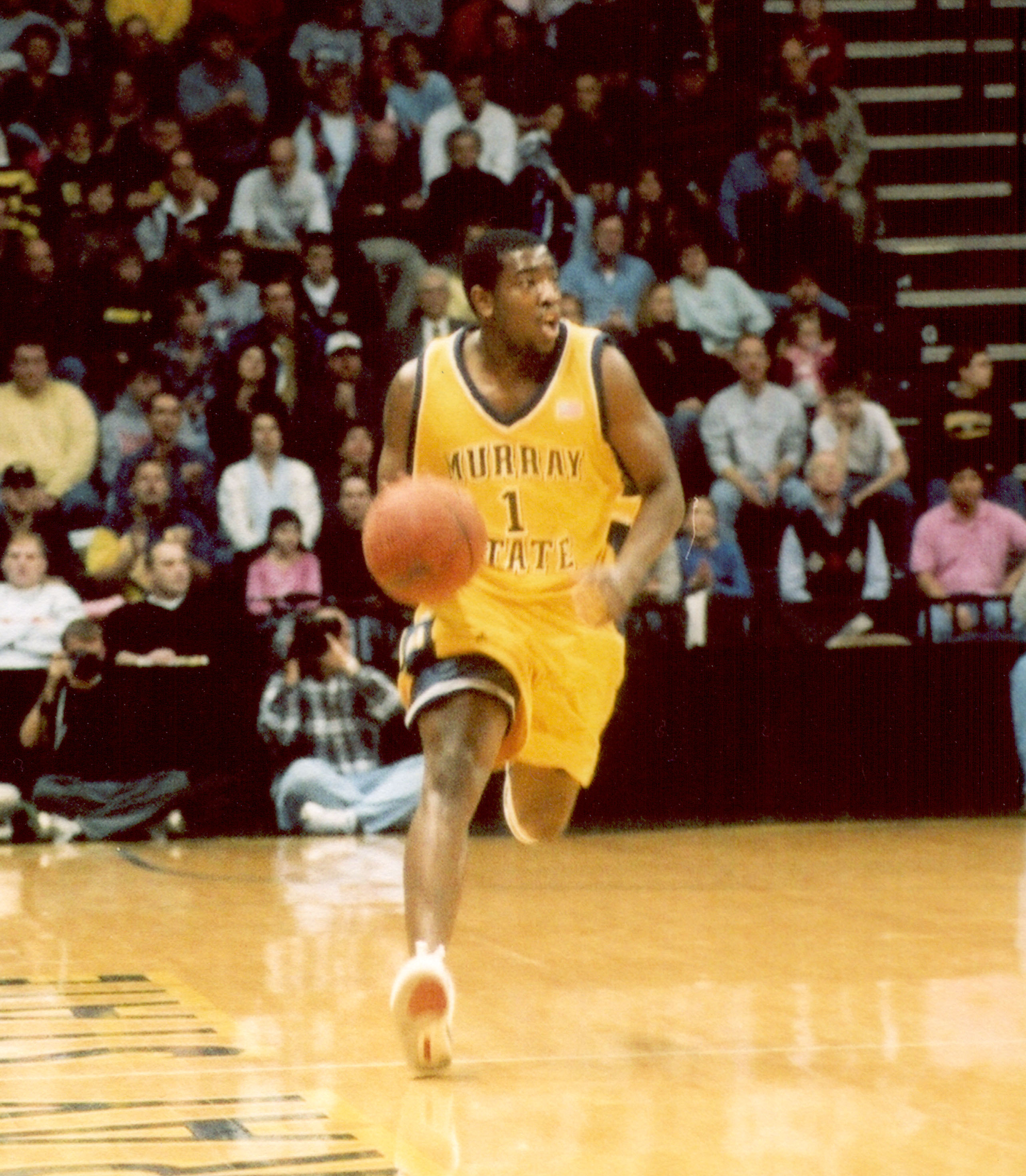 Although no one keeps records of such things when Murray State signed Chris Shumate and Kevin Paschell in 1999 they may have done something no other school has ever managed to do - sign both Kentucky's sixth and seventh region players of the year.

Since then both have become integral parts of the Racers' attack. Shumate draws more attention because of his three point bombs and high-flying dunks. But Paschel makes the racers go.

"Kevin has the ability to push the ball and get layups in transition and easy shots for the rest of us," Shumate said. "We get a lot more easy baskets when he's in the game."

What gives Paschel that ability is speed and quickness. Most opposing guards can't stay with him when he flies down the court on the dribble. And he changes direction like a cougar in pursuit of some helpless small animal.

Of course a lot this is natural ability. But even talent must be honed and enhanced and Paschel developed his talent on the court in Louisville where there was always a wealth of former college and pro players to compete against.

"There are a lot of athletes in Louisville," he said. "It's a fun atmosphere. And they play all day every day, inside or outside.

'I've played with a lot of great people like Jason Osborne, Dejuan Wheat, and Derek Anderson. And Carlos Turner who was Mr. Basketball when he was at Fairdale."

Paschel began playing organized basketball when he was a small child and it quickly became obvious that he had a special gift for the game.

"I've been playing since I was five years old," he recalled. "I can remember we won a tournament for kids 5 through 8 and when I went to school the next day I was dribbling the ball so well my teacher told my granny that he had never seen a kid who was just five years old dribble the ball as well I could.

"He was real hard nosed and very disciplined," Paschel noted. "You've got to abide by his rules. It's his way or the highway. That's what he preached. He was a great coach.

"He doesn't care if your family's in the stands he will sit you down or just go right at you while you're on the court. He doesn't care.

"I remember one time we were up by about 20 and he said just hold the ball and keep passing it around. I came down and jacked up another shot and he pulled me for the rest of the game."