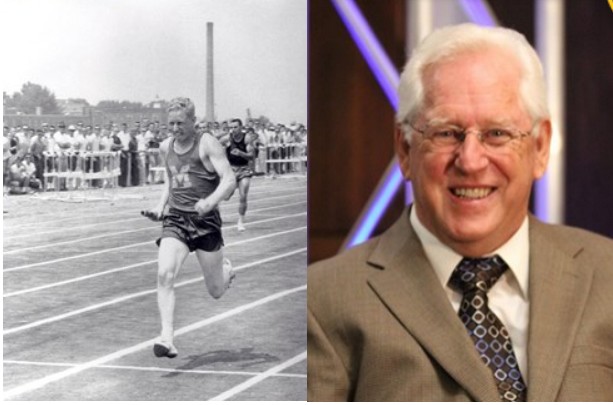 Written in June 2002. Bob Doty was inducted into the Murray State Athletics Hall of Fame in 2012.

Track is a marginalized sport in today's world. Except for a few high profile events like the Olympics, there are more participants at most track meets than there are spectators. And newspapers do little more than print the results of most meets and they may not even do that.

But, there was a time when this wasn't the case.

There was a time when track was as big as football, when stadiums were packed with people there to watch men and women strain to see who was the fastest. A time when reporters interviewed runners before and after their events.

And it was in that era that Bob Doty blazed his way around the track, becoming one of Murray State's few world-class athletes.

"My buddies and I would go to Effingham and Vandalia. Went over and drove around trying to find women. Didn't have any luck, though."

Though he worked hard he wasn't really much of a basketball player.

"Most of the time I was on the bench," he recalled. "I'd take sandpaper with me to make sure I didn't get any splinters. It's hard to shoot sitting down on that bench, but I had a lot of practice."

At 132 pounds he played halfback for the football team, using his speed to punish the opposition on sweeps and any play on which he managed to break containment. All-State as a senior, Doty was the second leading scorer in Illinois.

"Being from a small school and playing small schools, it really helped to have speed," he said. "I'm sure if I'd been in the Chicago system they would've killed me on the first play."

Of course like most successful athletes things didn't always go his way, even on the football field. But the likeable Doty always kept his sense of humor.

"We played Effingham and I got to play in the freshman game," he said. "Well, I got a pitch-out and reversed field and went back and forth about seven times before I got tackled for a 20 yard loss. So I jumped up and asked who missed their block. I thought it was pretty funny but the coach didn't."