MSU's Dawson named to Punter of the Year watch list 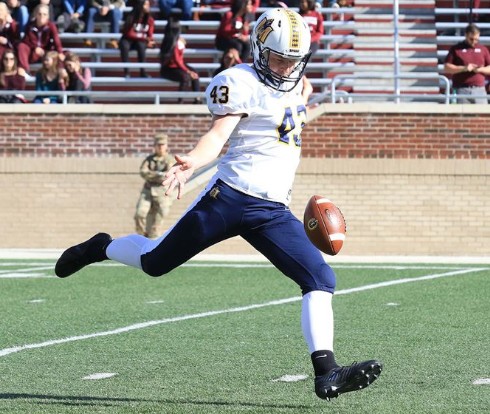 Murray State punter Steve Dawson has been named to the inaugural FCS Punter of the Year Preseason Watchlist by the Augusta Sports Council.

The 2019 season will be the first for the FCS Punter of the Year Award which is presented by the Augusta Sports Council. Based in Augusta, Georgia, the council is also home to the Ray Guy Award, which honors the nation's top FBS punter each year.

The FCS Punter of the Year Preseason Watchlist was chosen based on 2018 All-Americans, 2018 All-Conference selections, and conference nominations. Players were reviewed based on their eligibility and inclusion on their team's 2019 roster.

For Dawson, the honor completes a whirlwind first 365 days playing American football for the Aussie, who until last August had never played American football or been to American. In a little under year, Dawson went from virtual unknown to first-team All-OVC to Freshman All-America to preseason All-OVC and now finally to being named as one of the 28 best punters in the FCS.

The winner of The FCS Punter of the Year award will be chosen in the process loosely outlined below: