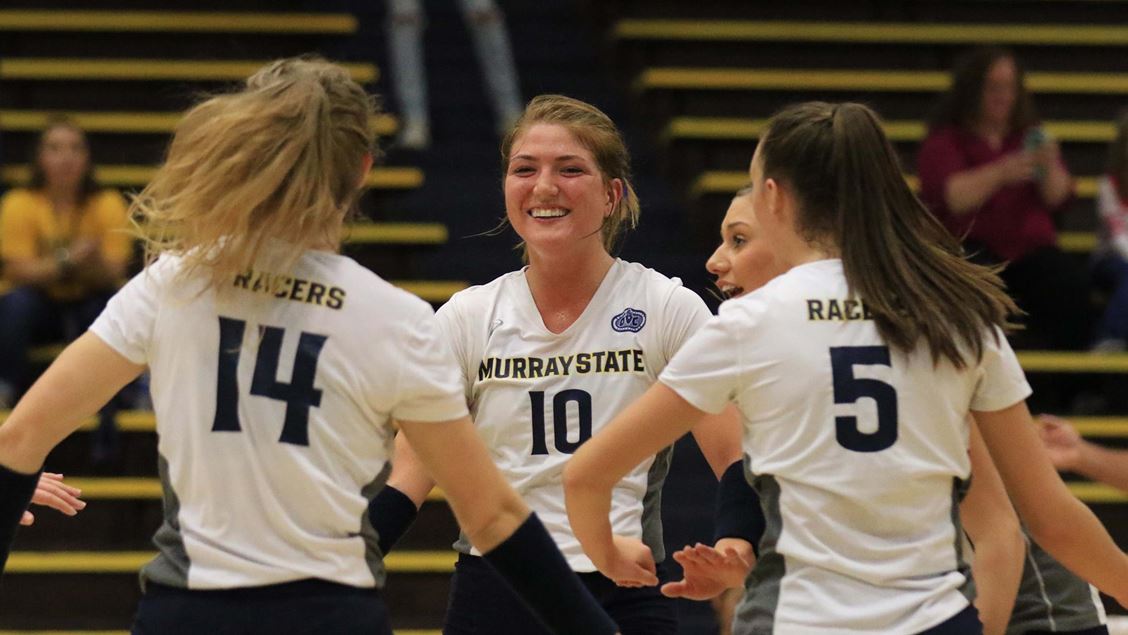 After a historic weekend at the UIC Invitational, Rachel Giustino has been named the OVC Offensive Player of the Week. It is the second time this season in three weeks she has earned the honor.

Playing near her hometown of Algonquin, Illinois, Giustino put up huge numbers on the court, helping the Racers to their first early-season tournament title since 2017. For the weekend, she totaled 74 kills in three matches for an average of 5.69 per set while hitting .279. Combined with her five blocks and three service aces, she was responsible for 79.5 points, more than 13 points more than the next closest in the OVC this weekend.

Giustino opened the weekend with her fifth double-double of the season against Sacramento State, notching 17 kills, her lowest output of the weekend, and 14 digs in a win over the Hornets. She followed that up Saturday with 26 kills while hitting an astounding .344 against the host Flames in a four-set win.

She wrapped up the weekend with one of the best matches in Racer history as she achieved a 30-20 stat line, accumulating 31 kills, while hitting .311, and 22 digs, in a win over Bradley. It is the first 30-20 performance in Murray State history in the rally-scoring era, which dates back to 1999.

Giustino and the rest of the Racers will look to carry their momentum into their final non-conference matches of the season this weekend when they travel to Purdue to partake in the Stacey Clark Classic. They will take Eastern Michigan and the Boilermakers Friday before closing it out with Texas A&M – Corpus Christi on Saturday.