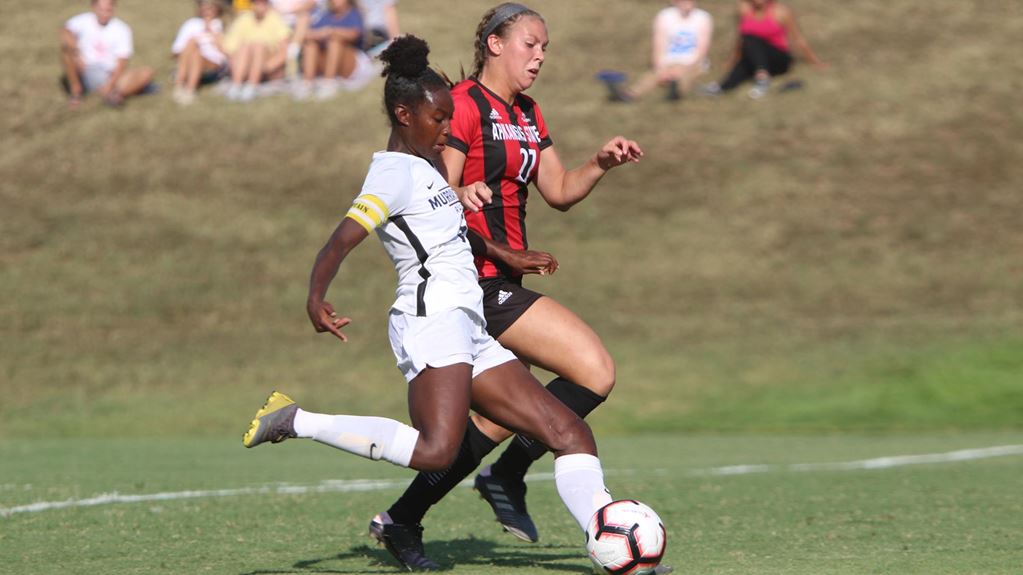 Murray State women's soccer senior forward Miyah Watford has been named the Ohio Valley Conference Offensive Player of the Week, as released by the OVC on Tuesday.

Watford recorded her third brace of the season on Friday when she netted a pair of goals, including the game winner, in Murray State's 3-1 victory over Arkansas State. The senior from Indianapolis, Indiana also assisted on the first goal of the match to spark the comeback win when the Racers equalized in the 54th minute to knot the game at 1-1. She turned in a team-high six shots (five on target) to lead her side on the day. In her second game of the week, Watford led the Racers with a team-high four shots in a hard-fought defeat against Missouri State.

With the pair of goals on Friday, Watford moved into fourth place on the Murray State all-time scoring list with 24 for her career. She currently leads the Racers with eight goals in 2019.

This award marks the second time this season that Watford has received the weekly honor from the OVC, as she most recently earned the distinction on August 27th.

The Racers return to action on Sunday when they host SIUE in their 2019 OVC opener at Cutchin Field.