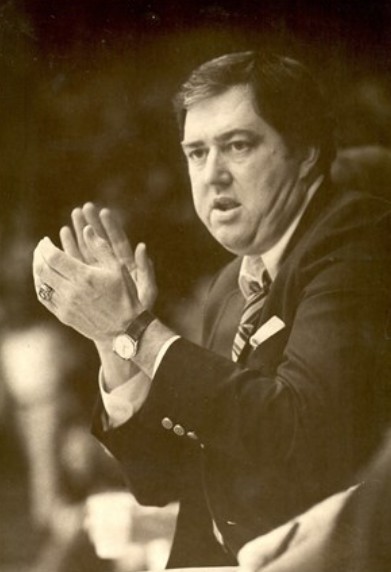 Over the years, Murray State has lost a number of coaches to higher profile programs. Steve Newton left for South Carolina; Mark Gottfried went to Alabama; and Mick Cronin moved his clipboard to Cincinnati.

That's life at the mid-major level. Fans have come to expect it.

But against all odds, defying all reason, there was one occasion when the door swung the other way.

In 1978, Ron Greene guided Mississippi State to a second-place finish in the Southeastern Conference and was named the SEC Coach of the Year.

That same year, Fred Overton guided the Racers to a dismal 8-17 record. There was talk of dropping to Division II.

Instead, in a move that shocked the college basketball world, Murray State convinced Greene to leave one of the most powerful conferences in the nation for an Ohio Valley Conference school that had suffered four losing seasons in five years.

If you wrote a film script like that, it would be derided as hopelessly unrealistic. But loyalty can be a powerful thing.

Greene grew up in Terre Haute, Ind., where basketball inspired fervor that was almost religious in it's intensity.

"It was an amazing era," he recalled. "Television wasn't as prevalent then, so we played ball whenever we could. We'd meet on Saturday mornings at 10 a.m. and play three-on-three. If you got beat, you might not get back on the court for an hour, so you played like the devil. At 10 o'clock that night, we were still playing."

At Gerstmeyer High School, Greene played for one of the best teams in the history of the state. He and five of his teammates earned Division I scholarships to places such as Kentucky, Indiana, Kansas, and Bradley.

In 1956 and 1957 they made it to the state finals - only to lose to Crispus Attucks and the legendary Oscar Robertson.

"We had a very balanced team," Greene recalled. "The top six players averaged between 10 and 15 or 16 points. I was somewhere there in the middle. A lot of people thought we were one of the best offensive teams to ever play in the state of Indiana."

A lot of people also thought Greene was an exceptional player. When the Silver Anniversary Indiana All-State team was announced in 1957, Greene was one of those honored.

After high school, he enrolled at nearby Bradley. One of the top teams in the nation at the time, the Braves had just won the NIT championship, which in those days was considered just as prestigious as the NCAA title.