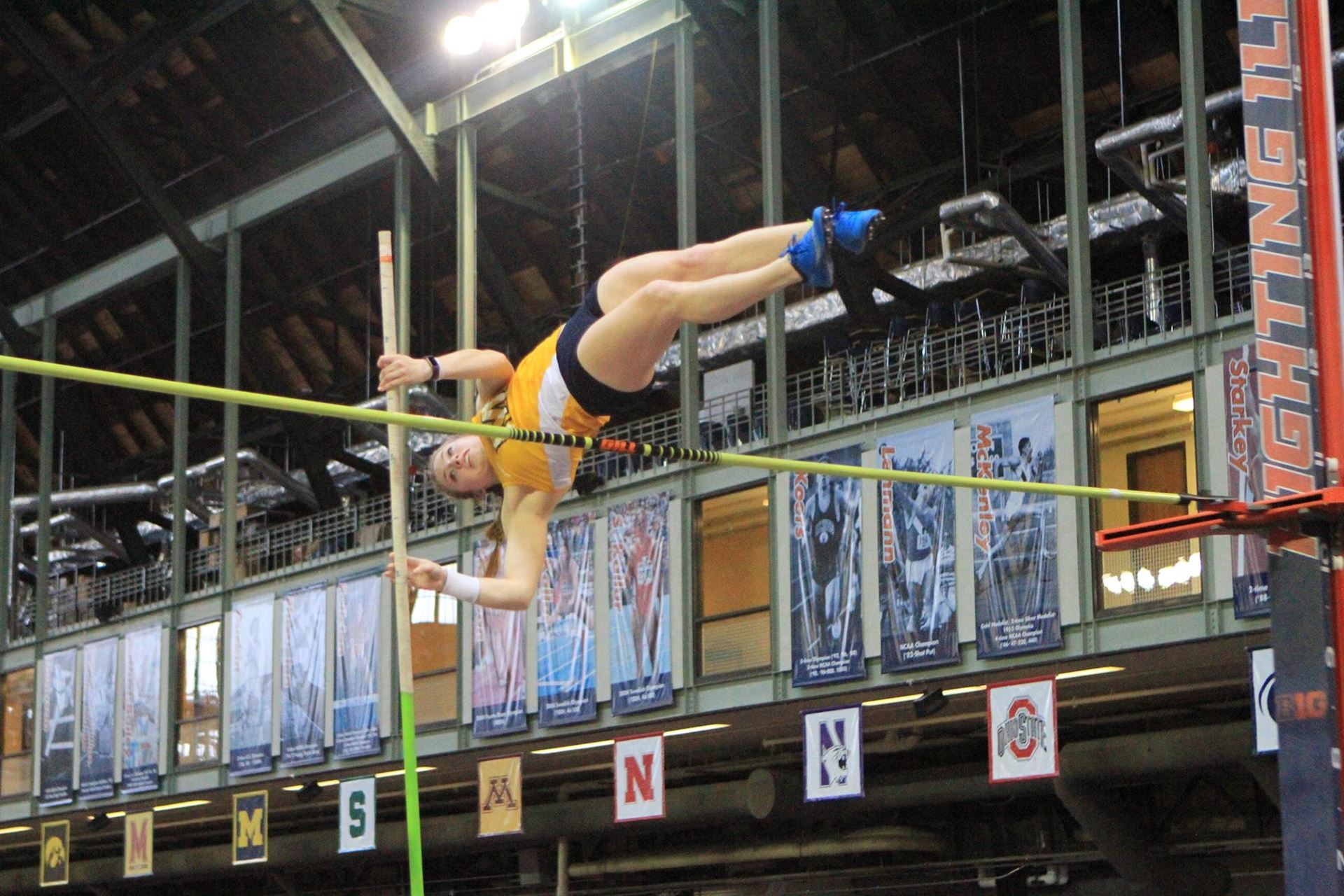 After missing her sophomore season due to injury, COVID-19 was a blessing in disguise for Murray State women's track & field junior pole vaulter, Gabby Kennedy,

"Having all this time and not trying to rush back for outdoor season definitely helped me to slow down and make sure my body comes back even stronger than it was before," said Kennedy, came to Murray State from Milwaukee, Wisconsin.

"It gave me a lot of mental perseverance and mental grit that definitely has carried over and allowed me to have stronger workouts and a stronger career in college track & field."

Coming back to MSU and looking forward to when competition begins this winter, Kennedy is focusing on a more technical approach to carry her to the next height of pole vaulting instead of relying on pure power.

Kennedy says, "I'm working on focusing on more of the technical things and working on some of the smaller parts of the vault to improve my technique at the very top."

The valedictorian of her class at St. Thomas More High School, Kennedy earned a Presidential Fellowship Scholarship from Murray State. Her academic career is just as important as what she does in her sport.  She's majoring in biomedical sciences, where she completes her research under the mentorship of Dr. Gary ZeRuth. Kennedy is deep into a study of zebrafish (Danio rerio) as a model for studying diabetes.

Looking forward to her junior year, Kennedy is excited to be back on campus and enjoying being in the lab and competing again for the Racers.