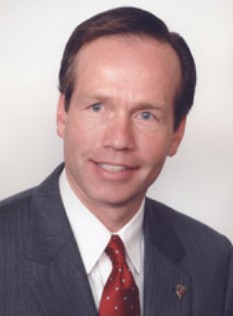 As important as coaches are to the success of a program, in the long run the president of the university may have as much or more impact. And Murray State is fortunate that in new president F. King Alexander they have someone from an athletic background, someone, in fact, who played college basketball.

"I was always playing little league ball," Alexander recalled. "I have great loyalty to Boys' and Girls' clubs accross the United States because I literally grew up and stayed busy and stayed out of trouble at a Boys' club. Whether it was baseball season, basketball season or football season I was involved with some team.

"I have vivid memories of play basketball outside in the winter, of playing right field because I wasn't a good baseball player at all. It helped me stay out of trouble, develop an understanding of the importance of teams and leadership. And it helped me build confidence in myself. I'm a great advocate of the value of sports."

Alexander's family was no less devoted to athletics. Both his mother and father played in high school and college and as did his brothers. And his mother was the first director of women's athletics in the Southeastern Conference having started the Lady Gator program at the University of Florida.

As a result of his mother's involvement in sports Alexander developed an early appreciation of women's athletics as he grew up attended their games when many though they shouldn't even be playing sports.

Having moved to Gainesville, Fla. when he was seven Alexander attended a large public high school where he became a starter on the basketball team despite being surrounded by more talented athletes.

"Vernon Maxwell who played in the NBA was two years behind me. He was the third string point guard my senior year," he noted. "We had talent galore. We just didn't have a lot of good coaching. The emphasis was entirely on football in Florida. The coaching wasn't that good because you could get away with talent."

"I wasn't a star. I played a role. I was the captain and point guard. My job was to make sure everyone else was doing their job. The other players were far more talented than I was. I got by by practicing hours and hours every day. Some things change, some things don't," he said with a laugh.

Following his senior year Alexander received a number of scholarship offers from small schools and chose St. Lawrence University in New York based on it's academic reputation.