GAME NOTES: The 84th meeting between Tennessee Tech and Murray State will take place on Saturday in Cookeville. The Racers are in a three-way tie for first place while Tennessee Tech is searching for its first victory of the season. Tennessee Tech leads the all-time series 44-38-1, winning three-straight from 2014-16 before the Racers pulled out the win a year ago (31-21). In that game MSU pulled out to a 17-7 halftime advantage and put the game out of reach with a touchdown early in the third quarter. Murray State rushed for 167 total yards with D.J. Penick running for 139 yards and two touchdowns on 19 carries (7.3 ypc). Shuler Bentley passed for 234 yards and two touchdowns, completing passes to eight different Racers. Luke Ward had a trio of touchdown passes for TTU while Dontez Byrd finished the game with 12 receptions for 91 yards and a score.

SCOUTING MURRAY STATE: Murray State saw its four-game OVC winning streak come to an end last week, falling 42-15 to nationally-ranked Jacksonville State. Despite the loss, the Racers are still involved in a three-way tie for first place with three games to play. Anthony Koclanakis intercepted a pass and returned it 37 yards for a touchdown in the first quarter to pull MSU to within one point at 7-6. After JSU surged ahead, the Racers got within six points after its first possession of the third quarter, but JSU ended the game by scoring the final 21 points. The JSU defense, ranked in the Top 3 nationally, was able to limit the Racers to a season-low 31 net rushing yards on 19 carries (1.6 ypc). Quarterback Drew Anderson had a team-best 16 rushing yards (and a score) to go along with 229 passing yards; Anderson is second in the OVC and 35th nationally in total offense (251.0 yards/game). Anderson completed passes to ninth different receivers. Through eight games this year Malik Honeycutt leads the team with 18 catches for 341 yards; he is one of nine MSU players with 10 or more receptions in 2018. Quincy Williams posted a career-high 17 tackles (13 solo) against JSU; Williams currently ranks 13th nationally in tackles/game (10.3). The 17 tackles are tied for the third-most by an OVC player this season.

SCOUTING TENNESSEE TECH: Tennessee Tech's losing streak reach 11 games dating back to last season with a 41-10 defeat at Austin Peay last weekend. Bailey Fisher finished the contest with 97 passing yards and a touchdown (a 23-yard pass to David Gist) while also rushing for 17 yards. The Golden Eagles combined to rush for 167 yards, its second-highest output of the 2018 season. Luke Ward led the way with 65 yards while Andrew Goldsmith added 56 yards; Goldsmith (who also had a team-high three catches in the game) leads Tech with 309 rushing yards on the season. Shannon Fayne had a team-best 14 tackles while Josh Poplar added 13 stops. Poplar ranks fifth in the OVC and 25th nationally in tackles (9.3/game). After missing three field goals a week ago, Nick Madonia got back on the board with a 24-yard field goal against APSU. Madonia ranks 14th nationally in field goals made/game (1.38). Tennessee Tech is the ninth-least penalized team in the FCS, being called for just 4.38 penalties/game. 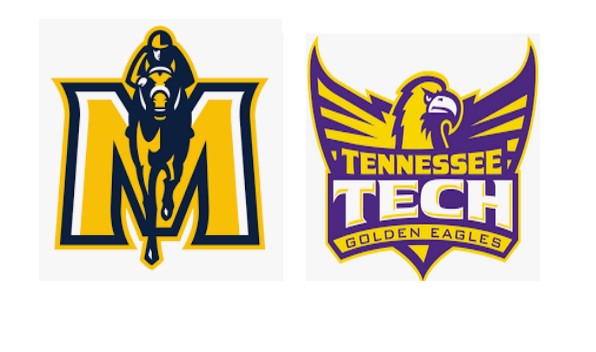