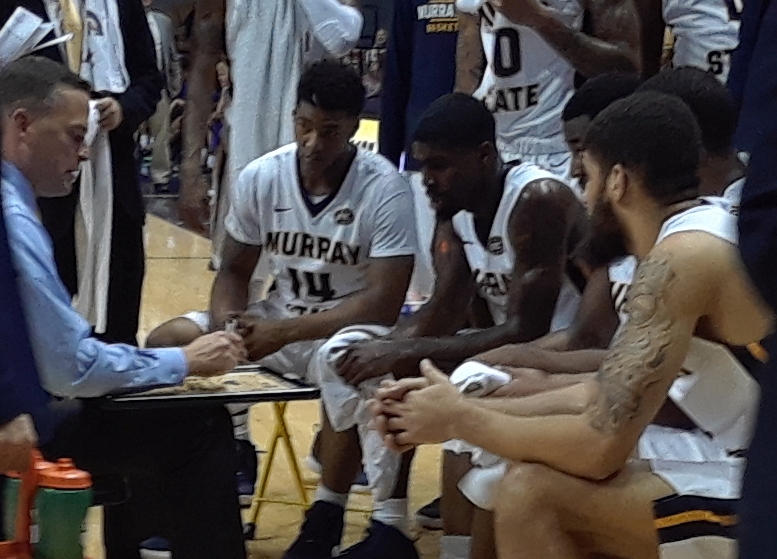 It took a little while for them to get going, but the Murray State Racers rolled to an easy 99-61 victory over Brescia in their home exhibition opener tonight.

The Racers looked a little disinterested on defense in the early going as Brescia led 7-4. And the game was tied at 11-11. But by halftime Murray State was ahead 51-26. They pushed the lead to 47 points at 97-50 before Brescia made a late run against the third string.

Ja Morant led the Racers in scoring with 17 points. Shaq Buchanan and Tevin Brown each had 15 while Brion Whitley had 13.

"It was a successful exhibition for us, to get to play a lot of people," head coach Matt McMahon said. "For a lot of them it was their first time playing here. So it was a really good experience for them.

"There were stretches where we were really dialed in defensively. I think we really got out and shared the ball well in transition. We had 28 assists.

So, here are my thoughts on what I saw...

Ja Morant was what you would expect, as he scored 17 points in 24 minutes. "He also tallied nine assists. He spent a lot of time working on his 3-point shot during the offseason but he only took one shot beyond the arc tonight, and he missed it.

Morant is one of the most dynamic players to ever wear the Blue and Gold. The only question is just how high his ceiling is.

Brion Sanchious was also what you would expect. He scored one point and had five rebounds in 12 minutes. There was no sign of the 15 foot jump shot he has been working on, and he still seems reluctant to shoot. But, he rebounded better than he did last year.

K. J. Williams had six points and four rebounds in 12 minutes. He gets up higher than any of the other big men and may be the team's best low post scoring threat.

Brown, Whitley and Jaiveon Eaves all looked good when they were in the game. This team is loaded at guard. 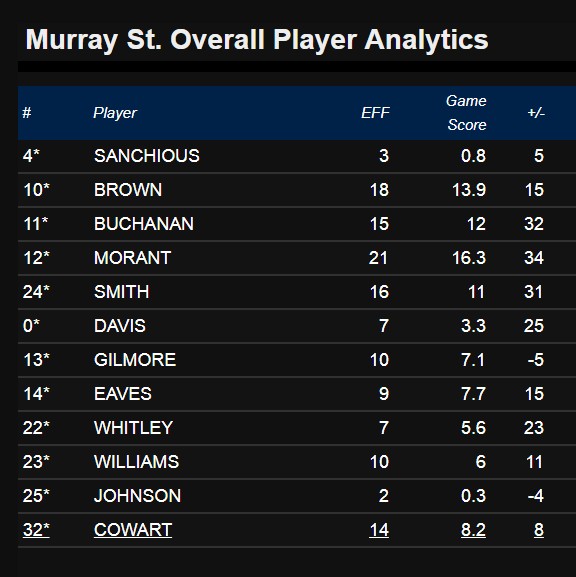