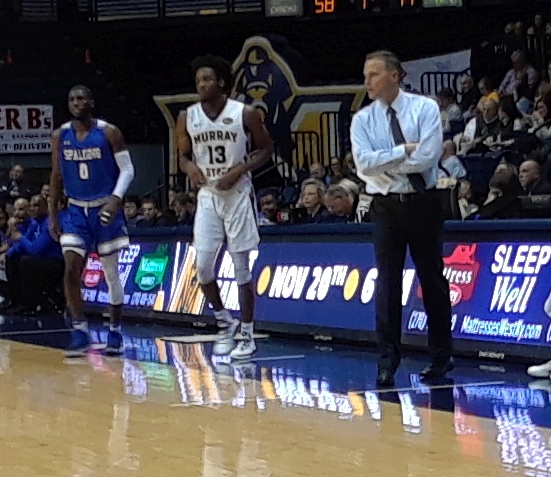 The Murray State men's basketball team was selected as one of the co-top picks in the Ohio Valley Conference preseason predictions in a poll conducted with votes from the league's head coaches and communication directors.

The Racers had 10 first place votes and they shared the top slot with Austin Peay who had nine first place tallies. Belmont was third in the preseason vote, with Eastern Kentucky and Eastern Illinois rounding out the top-5. The rest of the pole included Eastern Kentucky, Eastern Illinois, Tennessee State, Jacksonville State, Morehead State, Tennessee Tech, UT Martin, SIUE and Southeast Missouri State.

Additionally, Murray State's Tevin Brown and KJ Williams were each honored as part of the All-OVC Preseason Team, after the pair were named All-OVC after the 2019-20 season.

Brown scored 17.9 points per game (fifth in the OVC) and dished out 117 assists (seventh in the OVC) last season. He was one of only three players in the OVC to lead his team in scoring and assists. Brown was third in the OVC with a 3-point percentage of .419 (20th NCAA). He was the only player in NCAA D-I with 522 points, 148 rebounds, 117 assists and 85 made 3-point shots.