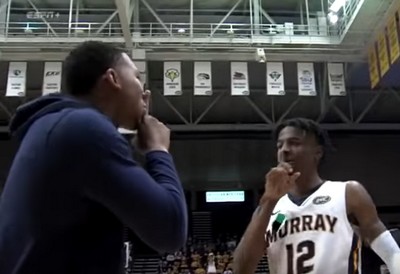 The Murray State Racers ran past visiting Wright State 73-54 last night as MSU had 11 fast breaks to just four for the visitors. Sophomore guard Ja Morant led the way for the Racers as he scored 26 points, dished out 11 assists, and grabbed five rebounds.

The game off to a slow start as both struggled to score. With 13:55 to play in the first half Wright State led 9-5. But, Morant got it going; Tevin Brown started hitting 3s; and Darnell Cowart came off the bench and gave the Racers a scoring threat in the low post.

By halftime Murray State led 35-29. The Racers pulled away quickly in the second half and led by doubles figures the rest of the way.

Brown scored 17 points for the Racers and Cowart had 11 points and six rebounds. Mike Davis came off the bench to hit two 3s for six points and grab seven rebounds.

Comments from two NBA scouts who sat by me...

"Morant's gone at the end of the year."

"You all have had a lot of good players"

"Murray State is better with Davis and Cowart in the game."

"He's having them run too much offense. Let 'em play. They can't guard 'em."

I don't necessarily agree with all of these comments. Take them for whatever you think they are worth. 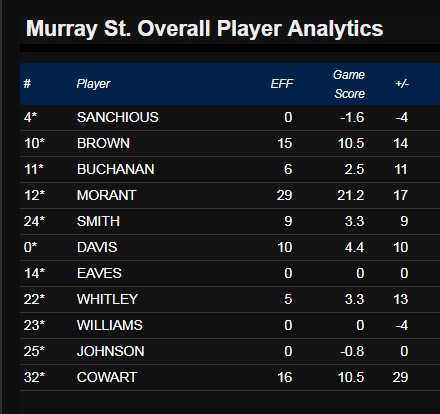 Racers' Honeycutt Returns Kickoff for a TD to Beat SEMO