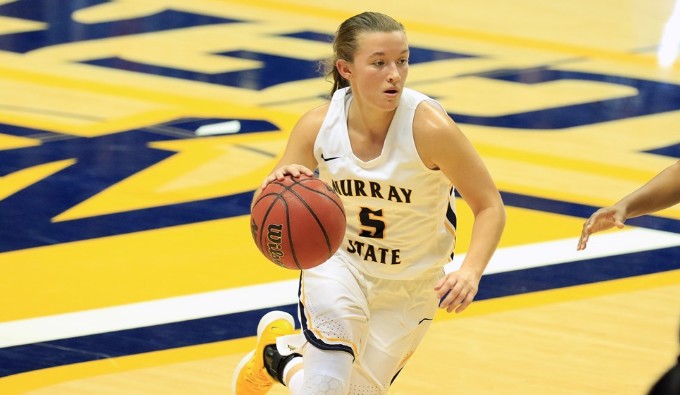 Murray State guard Macey Turley capped an impressive first week of her collegiate career Tuesday by being named as the first OVC Freshman of the Week, the league office announced.

The Murray native had no problem adjusting to the bright lights of the CFSB Center in her first two game as she averaged 13.0 points per game, 8.0 assists, 4.0 rebounds and 2.5 steals. In the opener vs. Evansville, Turley had a near double-double with 16 points and nine assists, as well as six rebounds. Against Oakland City, she added 10 points, seven assists and two rebounds.

On top of being prolific in her first week, she was accurate. The true freshman shot 66.7-percent from the floor (10-15) and 50-percent from three (4-8), in addition to knocking down both of her free throw attempts on the week.

Racers' Honeycutt Returns Kickoff for a TD to Beat SEMO