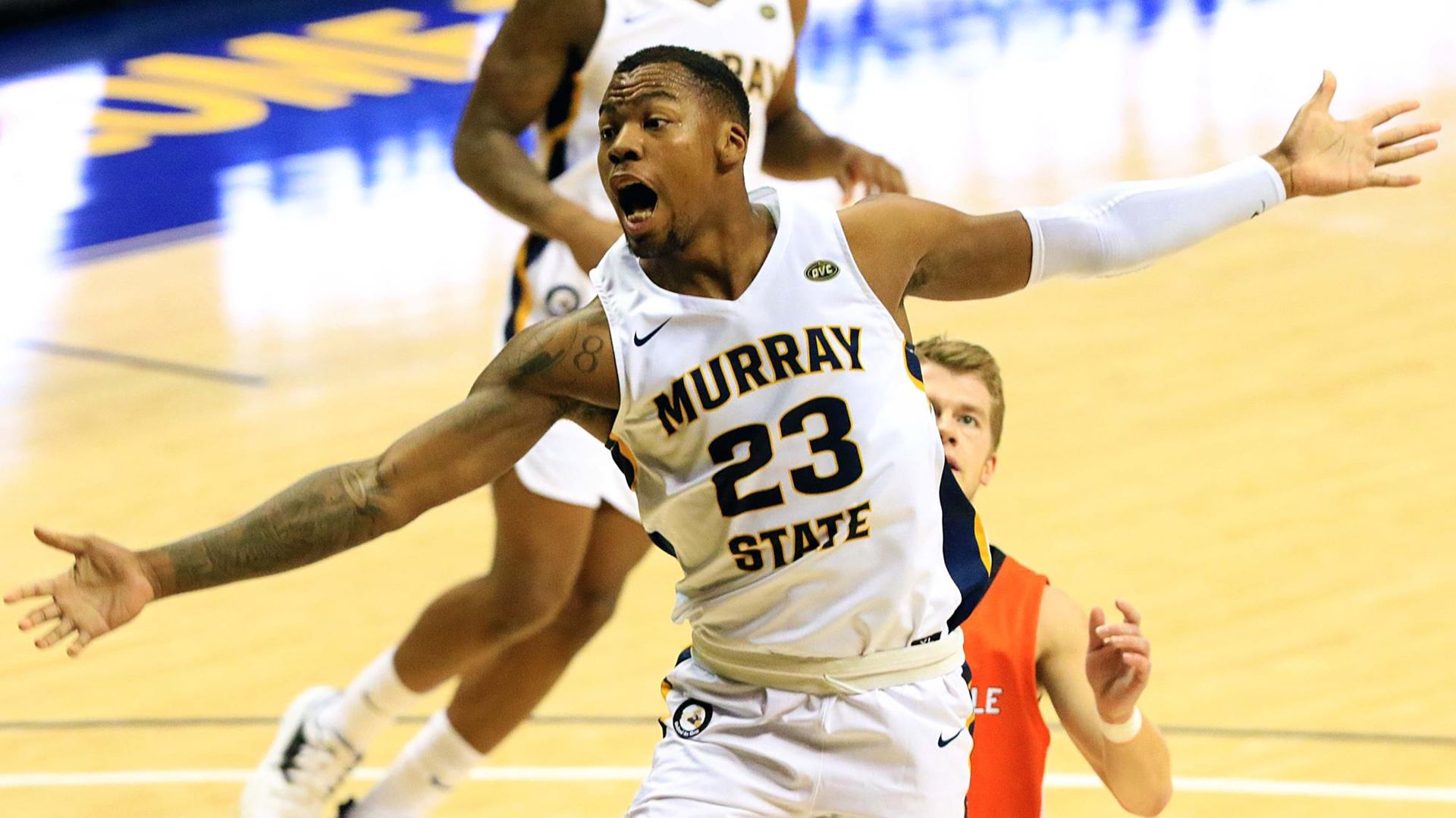 The Murray State Racers scored a record-breaking season opening win 173-95 over the visiting Greenville Panthers at the CFSB Center in Murray, Ky.

The records that fell in the first game of the 96th season of Racer Basketball are many; including the MSU single-game scoring mark of 173, as it easily surpassed the 138 the Racers scored against Campbellsville at old Racer Arena in 1994. The combined score of 268 points is also a new MSU program record, besting the 233 the Racers and Southeast Missouri scored in 2014. MSU's first half scoring mark was 62, accomplished three times with the last coming in 2018. The Racers scored 87 in the opening half to smash that record. MSU's 86 points in the second half is also a school record, surpassing the old mark of 81 in the same 1994 game with Campbellsville.

The Racers also rewrote the record book in the Ohio Valley Conference with league records for points, points in one half, combined points and most field goals attempted.

Every one of MSU's 14 players scored, including 10 in double-figures. KJ Williams had 22 points and Devin Gilmore scored a career-high 20 as the two combined to make 20-of-23 shots. Justice Hill (three points shy with 10 rebounds and 11 assists) and Tevin Brown (two rebounds and one assist shy with 10 points) each flirted with a triple-double. Freshmen Dionte Bostick, Ja'Queze Kirby, Nicholas McMullen, Jackson Sivills and Matthew Smith all got into the act and scored their first points in their Murray State careers.

The style of play Greenville uses lends to high scoring games as they entered the contest averaging 99 points in losses to Samford and UMKC. The Racers held GU under their average and were able to handle the Panther's full-court press which led to scoring 62 fast break points and 142 points in the paint. The Racers also held a 79-31 advantage on the boards. The Racers ended the game making 77-of-105 from the field for 73 percent, while they held Greenfield to 28 percent on 30-of-107.

Next up for MSU is a Wednesday road contest against the Middle Tennessee Blue Raiders at the Murphy Center in Murfreesboro.

Here's a look at the Murray State single-game records that fell tonight and those from the OVC.

FIRST HALF POINTS BY MSU

TIED OVC RECORD OF 87 BY EASTERN KENTUCKY VS BRESCIA IN 2018.

SECOND HALF POINTS BY MSU

COMBINED SCORE IN A MSU GAME

MSU AND GREENVILLE COMBINED FOR 268 POINTS

MSU MADE FIELD GOALS IN A SINGLE GAME